A model of the Android operating system logo at the Mobile World Congress in Barcelona, Spain, on Feb. 27, 2012.
Bloomberg via Getty Images
By Michael Sawh / TrustedReviews

So, if you’re ready to see which we’ve picked out as the best, follow the links below. Alternatively, read on to find out a bit more about Android.

The main benefit of choosing an Android phone is, of course, choice. Choice of manufacturers, prices, shapes, sizes and more. As such, our list of the Best Android Phones includes some cheaper models like the Moto G, smaller models like the Sony Xperia Z3 Compact and even bigger ones like the One Plus One.

If you are happy to spend big on a monthly contract or buy a high-end Android smartphone outright, then you’ve plenty of options and you‘ll get the hardware that pushes the operating system to its limits. Think lightning-fast quad-core processors, huge HD touchscreens and the kind of cameras that’ll allow you to finally ditch the compact. Some of these handsets are even waterproof now.

At the other end of the spectrum, you can save yourself several hundred pounds and still get a great Android phone – one that is often a more pocket-friendly size, has all the core features you’ll need and still runs nice and quick. Crucially though, it will let you play games, watch YouTube videos, check Facebook, browse the web and access the full wealth of apps available on the Google Play store. If getting the absolute cheapest phone you can is your main priority then also check out our pick of the Best Cheap Mobile Phones.

The Android operating system has been praised for letting you truly customise your phone. It has for some time though lacked the polished, good looks of Apple’s iOS. Google has upped its game recently, though, and in Android 4.3 Jelly Bean, the more recent Android 4.4 KitKat and the freshly released Android 5.0 Lollipop, we have the cleanest and most user-friendly version of the operating system since it was first released back in 2008.

If you really don’t fancy owning an iPhone 5S or a Windows Phone 8 handset , then maybe it’s time to go down the Google avenue. Hunting out the top rated high-end and mid-range handsets, we’ve selected the 10 best Android phones to buy right now.

The Nexus 6 is not exactly in the same price bracket, so the Nexus 5 still has the qualities to make it a phone worth considering for the pure Android feel.

At £299.99 or less if you shop around, it’s cheaper SIM-free than all the other Android big hitters like the HTC One M8 and the Samsung Galaxy S5. It’s an excellent performer overall, has a smart design and is undoubtedly still one of the best Android phones you can buy, even if it is getting a little old now.

Designed by LG, the Nexus 5 is just 8.6mm thick and has a super-slim bezel making it far from a chunky affair. The screen is exceptionally sharp and viewing angles are perfect making it primed for movie-watching.

It will give you around a day’s battery life, which isn’t quite up there with the best, and the camera doesn’t quite compete either, but it still has everything to make it a high-end Android phone bargain.

Sony caused a stir with its Xperia Z1 Compact, finally delivering a small (ish) Android phone that didn’t scrimp on other specs. Now the Xperia Z3 Compact has carried the flag forward, and it’s not just the best small Android phone but in fact one of the best phones in general.

It all starts off with the smaller screen and thus a smaller body. At 4.6 inches, its not exactly tiny but it’s markedly smaller than other flagship phones like the full-size Sony Xperia Z3. This makes the Z3 Compact so much easier to handle.

The screen quality is decent too, though the use of only a 720p resolution is a stop or two below the options on the biggest phones. Still, with a pixel density of 319ppi, it’s still sharp enough and doesn’t look at all fuzzy or grainy.

The other headline feature is the waterproofing and dustproofing. This phone will last for up to 30 minutes in over a a metre of water, making it one of the best-protected phones of its type on the market.

The two key areas where this phone doesn’t scrimp compared to bigger models is the camera and processor. Both are up there with the best, making this a unique proposition among small Android phones. Battery life is also class-leading. You can get two days out of this handset quite easily and three if you’re careful.

All told, if you’re not a fan of phones getting bigger and bigger, the Sony Xperia Z3 Compact is the one for you.

For the rest of the list, please go to TrustedReviews.com. 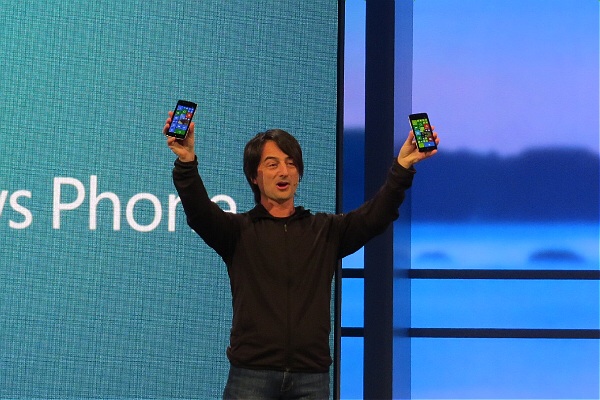