What It's Like to Live in 'Poor Door' Housing

An ariel view of the Manhattan skyline in New York on June 20, 2014.
Seth Wenig—AP
By Darlena Cunha

The 55 residential families making at or below 60% of New York City’s median income must live on floors 2 through 6 (below the richer residents), face the street while the other families have waterfront views, and enter and leave the building through the back door. Meanwhile, development company Extell, benefits from tax breaks and is allowed to construct a bigger building than normal zoning would permit, though it reportedly plans to turn around and sell the extra space to another development within a half-mile of their site, a sale that could reap the company a few extra millions.

In 2007, I lived in a mixed-income apartment complex in La Mesa, a town just outside San Diego proper. There were regularly paying tenants like myself, and those on a sliding rent scale.

On my first night in an old but fairly spacious one-bedroom apartment, some guys dropped off a second-hand sofa in my driveway. I dragged it up the cement steps, but its legs wouldn’t fit through the entryway. Knowing no one, I knocked on my neighbor’s door, looking for a screwdriver.

A wiry man in filthy jeans opened the door, his bald head gleaming in the moonlight. He said nothing, just stood there with his arms crossed.

“Hi,” I said, after a few uncomfortable beats. “I’m your new neighbor.” I stuck out my hand.

He relaxed and shook my hand with a grunt. Then he helped me unscrew the legs of my couch and get it into my place while his wife looked on, feeding their baby and making small talk. Afterward, Rusty, Heather and I all relaxed on the stoop with the beer I’d bought.

Eventually, I got to know my other neighbors. The young people directly across from Rusty and Heather were a brother and sister pair of Mexican descent. They worked minimum-wage jobs and, other than a dutiful “How’s it going?” each day at 2 a.m. when I’d leave for work, kept to themselves. Every so often, after my shift, I’d sit on the stoop with Rusty and Heather while we waited for the woman who lived next to me to return home.

“Ooooh, sugars!” she’d shout as she stepped out of whichever random car gave her a lift that afternoon. “Where’s your little baby! I need to give him some loving!”

Angel never talked about what she did to make money. She had a 16-year-old daughter who went to high school and cooked her mother dinner.

There were other apartment buildings packed in, right behind us and to either side. We all shared a parking lot where little kids would play kickball and tag on the weekends. We did laundry in a repurposed garage with two rusty machines.

On a rare day when both machines were working, I met Florence and her son, Hank, who suffers from cerebral palsy. They lived off her social security income and his disability. During the days, they’d beg on the street corners in the nicer section of town to make ends meet.

“We can’t afford the copays for his medicine, otherwise,” she explained with an embarrassed shrug. I left them the rest of my quarters that day.

Affordable housing complexes sometimes house regular renters, like me, with those who receive reduced rental rates due to their income levels. The difference—aside from either the rents being set at a percentage of the family’s income or subsidies being given to developers for taking part in one of the programs—is that I didn’t have to fill out extensive paperwork proving my income level and outlining my assets. I also didn’t get put on a waiting list, nor did I have to go into detail about my medical history, domestic life, whether I’d recently been homeless or in a shelter, or my eviction status. All of those variables come into play when you apply for low-income housing options, depending, of course, on the state in which you apply.

For offering affordable housing units, Extell could profit greatly off the deal. This amounts to the poorer residents of the building subsidizing the construction costs, while a corporation makes millions.

The poor-door section of the building, meanwhile, is essentially another building altogether. Although it shares a wall with the proper site, Extell filed it as off-site housing. A loophole added in 2005, and modified in 2009, allows affordable housing to be built off-site, so long as it’s within a half mile of the original building plan. This is not integrated housing as the spirit of the program intended.

While technically allowed, this realization of the program—which is meant to encourage integration by mingling low- with moderate- or middle-income households either in the same building for on-site housing or in the same neighborhood for off-site housing—further entrenches the notion that being poor is a disease one brings upon oneself, that it is a personal failing and poor people don’t deserve to be seen within regular society.

If anyone thinks the poorer residents of 40 Riverside Boulevard on the Upper West Side are just waltzing into the apartments after signing a lease, they should think again. Those residents have already been put through a lengthy application process, multiple questionnaires and a long wait to be approved.

For my old neighborhood, the affordable housing program helped make an old apartment complex a community. Those who were ill had a roof over their heads, little kids could go to school knowing they had a permanent homestead to come back to, and people from all walks of life, with all different backstories, got a chance to try again.

And unlike 40 Riverside Boulevard, we all felt like we belonged.

Darlena Cunha is a mother of twins and a freelance writer for The Washington Post, Gainesville Sun and Gainesville and Ocalamagazines. You can reach her @parentwin on Twitter. 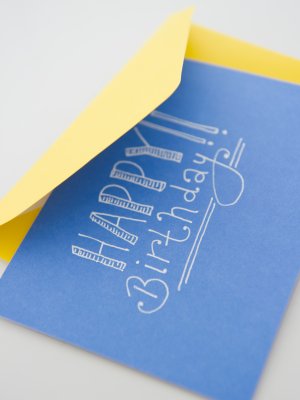