Nearly one million taxpayers have left $760 million in unclaimed tax refunds with the IRS, which, if left unclaimed, will soon become government property.

The money comes from people who didn’t file tax returns in 2010 but were eligible for tax refunds, CNN Money reports. Much of the unclaimed money belongs to people who earn so little they aren’t required to file tax returns, but are eligible for refunds through tax credits like the Earned Income Tax Credit. The IRS estimates that more than half of the unclaimed refunds total over $571 each.

The final deadline for filing a 2010 tax return and claiming the money is April 15.

“The window is quickly closing,” an IRS commissioner said in a statement. “We encourage students, part-time workers and others who haven’t filed for 2010 to look into this before time runs out on April 15.” 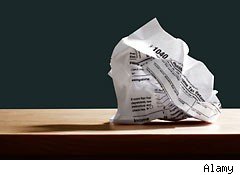 What To Like (and Dislike) in the Camp Tax Proposal
Next Up: Editor's Pick