U.S. Will Evacuate 2 Americans With Ebola from West Africa

The State Department announced Friday that together with the Centers for Disease Control, it is working to bring home two U.S. citizens infected with the Ebola virus in West Africa “over the coming days.”

Although the State Department did not identify the patients by name, two Americans working in Liberia— one as a physician and the other as a missionary — have been infected with the virus. Both Dr. Kent Brantly and missionary Nancy Writebol were working to fight the outbreak of the deadly virus.

CDC protocols and equipment are used for these kinds of medical evacuations, according to State Department spokesperson Marie Harf, who added:

Harf did not disclose where the patients would be sent in the U.S., but on Thursday Emory University Hospital said in a statement that it expects to receive one patient with Ebola in the “next several days.” it is unclear if the second patient will be treated at Emory as well.

The Ebola virus, which has infected at least 729 people in West Africa this year, only spreads through direct contact with bodily fluids. Margaret Chan, the director-general of the World Health Organization, told presidents from affected countries on Friday that it is moving faster than it can be controlled. “If the situation continues to deteriorate, the consequences can be catastrophic in terms of lost lives but also severe socio-economic disruption and a high risk of spread to other countries,” she said.

Medical personnel caring for the two patients in the U.S. will wear full-body protective suits, and the patients will remain “in strict isolation upon arrival” and while being treated on U.S. soil, according to Harf.

CDC director Dr. Thomas Frieden has said he does not believe Ebola will spread in the U.S. “That’s not in the cards,” he said in a call with press on Thursday. 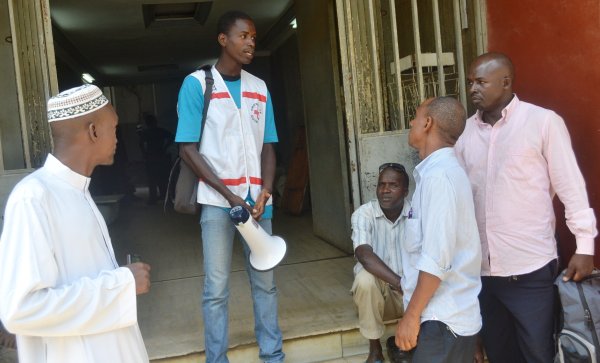 The Key to Containing Ebola
Next Up: Editor's Pick