Here's What Facebook's New Frank Gehry-Designed Campus Will Look Like

If you took each square foot of Facebook’s proposed expansion and laid them in one long line, the length of that line would be the equivalent of 75,400 Mark Zuckerbergs, laid head to toe (not including the 5’9″ CEO’s hoodie or Adidas sandals). The new “West Campus” planned to be completed by spring 2015 is a sprawling 433,555 sq.-ft., design by Canadian-American architect Frank Gehry.

New photos of a model of the campus, provided to TIME by Facebook, show a design that is more subdued than iconic Gehry landmarks like the flowing silvery sails that make up L.A.’s Walt Disney Concert Hall. Facebook asked that the design be less brazen, something that fit naturally into the marshlands that are already there in Menlo Park, Calif. “They felt some of those things were too flashy and not in keeping with the kind of the culture of Facebook, so they asked us to make it more anonymous,” Gehry’s partner Craig Webb told the Palo Alto Daily News. “Frank was quite willing to tone down some of the expression of architecture in the building.”

The building is oblong, roughly the shape of a blank status-update box, and 73-ft. high at its tallest. The plan is for one of those giant, open working spaces that start-up culture adores, with no divisions or walled-off offices. (A Facebook spokesperson concedes that a few necessities, like the bathrooms, will not be open-plan.) A total of 2,800 employees can fit in the space, which is about the size of Facebook’s current offices across the expressway in Silicon Valley.

The crown jewel of the design is the roof, which will be covered by a park with trees transplanted from around California and “drought-resistant grasses.” Picture: coffee shop, burger shack, walking paths, an abundance of benches. On the ground floor, employees will look out one side to another park and the other to native tidal marshlands.

An early architectural model in the offices of world-renowned architect Frank Gehry.
Courtesy of Facebook

To get approval for the plans, Facebook had to make plenty of promises to the local city council, like contributing millions toward affordable housing and a new charitable foundation, according to the AllFacebook blog. “Congratulations,” Menlo Park Mayor Peter Ohtaki told Facebook employees after the council voted unanimously to approve the plans last year. “Where’s the ‘Like’ button?” 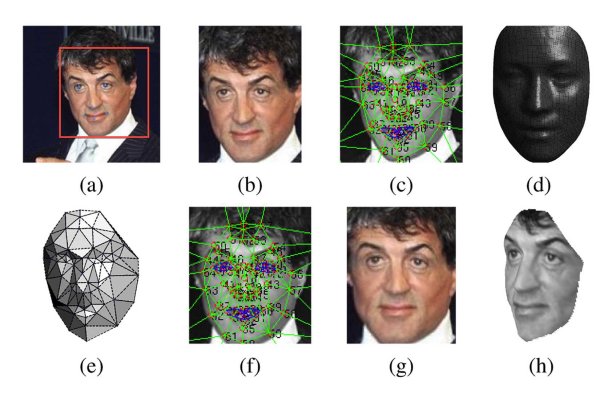 Facebook Can Identify Faces as Well as You Do
Next Up: Editor's Pick