Wouldn’t you hate your alarm clock so much less if it woke you up with a steaming hot cup of joe? Like, you’d still hate it a little, because waking up is the worst, but you’d have fresh-brewed coffee waiting for you inches from your face!

That’s the idea behind Barisieur, an alarm clock/coffee brewer hybrid engineered by London-based industrial designer Josh Renouf. The base is just an average digital alarm clock — but the important part is what’s resting on top. It looks like a mini version of those chemistry sets nerds play with in movies — you know, when they’re doing “experiments” in their bedrooms instead of developing social skills or whatever. Anyway, here’s how it works, according to PSFK:

Renouf is now in the process of developing the Barisieur for commercial use. The estimated retail price is between £150 and £250 (or around $250 to $420).

So basically, this thing wakes you up with the gentle sounds of metal clinking against glass paired with the aroma of coffee. It’s trying to ease you into a state of awakeness rather than aggressively force you into it like most alarms. Plus, it’s a very safe way to wake up to a nice smell. Remember that time on The Office when Michael burned his food trying to wake up to the smell of crackling bacon? 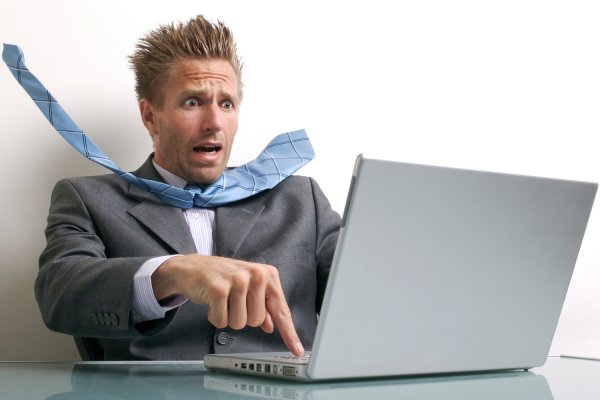 People Apparently Called the Police Because Facebook Went Down
Next Up: Editor's Pick