Take a quick peek at the Twitter feed from George Takei — the actor famous for his Star Trek and advocacy roles, and the star of the new documentary To Be Takei — and it’s immediately clear that he has a catchphrase.

He uses it in a sentence:

From a fan. Oh Myyy. Let's tiptoe through these tulips. pic.twitter.com/z0qb2OTthJ

He uses it as a hashtag:

In case you missed it: These @StarTrek memes are sure to make you Shatner yourself #OhMyy http://t.co/dnIvCzYY7X

He even has his own link shortener, which churns out catchphrase-inspired short URLs for him to tweet:

These hilariously reinterpreted "selfies" on @CollegeHumor made me giggle. You must see: http://t.co/0P3dzbdz4B pic.twitter.com/rHmpIzbrtv

But how did “Oh my!” come to be his catchphrase? Here, Takei tells TIME. 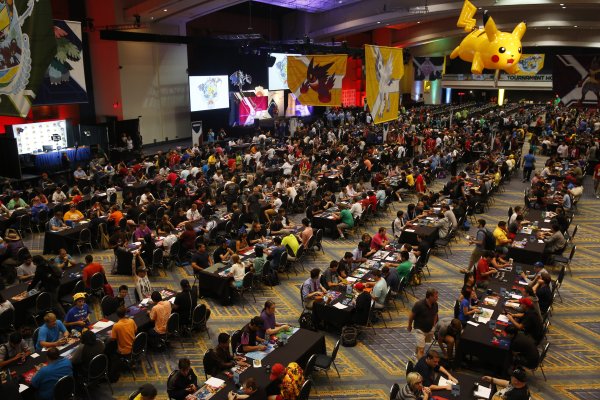 A Weekend With 'Nerds' at the Pokémon World Championships
Next Up: Editor's Pick