The Most Shocking Mistakes Hospitals Don't Want You to Know About

Is it somehow unfair that the public knows that one airline – Malaysia Air – flew two of the planes in our most recent commercial aviation tragedies? After all, the exact cause of either catastrophe isn’t yet known, and it’s not clear that Malaysia Air was at fault in either. The airline flies roughly 91,000 flights per year safely; no Malaysian Air flight had been involved in a fatal accident since 1995. Is it really fair to name the airline?

I suspect your reaction – almost everyone’s reaction — to this line of thought is roughly, “Fair? Who cares about fair? Of course we have a right to know.” Perhaps only a lobbyist for the American Hospital Association (AHA) could have any sympathy for suppressing the name of a company that has a terrible accident. The AHA has just successfully employed a similar “fairness” argument in convincing the Obama Administration to eliminate government disclosure of the worst medical mistakes committed by hospitals.

As of this month, the Centers for Medicare and Medicaid Services (CMS) has removed data on many “never events” from its public website, Hospital Compare. “Never events” are just what they sound like: errors so egregious they should never happen. The term came into widespread use in 2006, when the National Quality Forum defined 28 serious healthcare errors. While CMS has never published data on all the never events until recently, it made public records of some of the worst and most preventable, such as foreign objects left in the body, air embolisms (a killer air bubble entirely preventable during surgery), giving the wrong blood type to a patient and bedsores allowed to develop into extremely painful and even deadly wounds. CMS now believes that continuing to publish this information is unfair to hospitals.

Never events – unlike airplane crashes – actually happen quite often. CMS’ Inspector General estimated 1 in 165 admissions of a Medicare patient involved a never event. It is estimated that foreign objects left in a patient’s body after surgery occurs once every 5,500 operations. That rate would translate into 9,345 objects left in patients in per year.

Hospitals point out correctly that the data on never events are incomplete, and that collection methods vary. They point to statistical analyses that suggest that occurrence of a never event doesn’t always reflect the hospital’s entire safety record. As a result, they claim never events data shouldn’t be used to compare hospitals, and that this information might confuse, rather than inform, patients. According to Nancy Foster, the vice president for quality and patient safety policy at AHA, “The only thing we have insisted upon is that the measures be accurate and fair, that they represent a real picture of what’s going on in an individual hospital if you’re going to put it up on a public website.”

Oddly, these arguments seem to resonate with regulators, even though the Obama Administration has generally shown a commitment to increased medical transparency. Part of the problem is structural; as the predominant funder of hospitals, CMS has always been an ambivalent regulator. And the AHA has a lot of friends in Congress, allowing them to find mouthpieces for their talking points. At the recent “1,000 Preventable Deaths a Day” Senate hearing on patient safety, Rhode Island Sen. Sheldon Whitehouse noted that “while obviously we all want robust reporting,” the burden on hospitals and the confusion of too much data suggested “focusing on simplifying and directing attention to a few clear agreed measures.” It all sounds so reasonable, until you understand that what AHA and its allies have been pressing on CMS is the elimination of public reporting, not its improvement.

The counter-example of airline regulation clearly demonstrates the self-serving nature of this line of reasoning. Can we imagine an airline executive or lobbyist arguing that the public had no right to know any piece of data about airline safety? But of course in aviation safety, we long accepted the primacy of consumer safety over industry “fairness.” In health care, we still believe that hospitals can kill patients as a result of errors and retain rights to confidentiality. That may help explain why the airline industry grows safer every year, and estimates of deaths from medical errors are now so high they would rank as the third-leading cause of death in America behind only cancer and heart disease.

Let’s say we were “unfair” to hospitals and actually published all never events data, incomplete though they may be. “Irrational” and “poorly informed” patients might avoid hospitals with a lot of never events. Patients who suffered a never event at a hospital might “unfairly” demand compensation upon discovering the particular error occurred frequently. Hospitals might be forced to respond to this patient misuse of data by improving efforts to decrease the incidence of never events. It might all seem terribly unfair to hospitals. But to a patient who trusts his life and well being to a hospital, having a foreign object left in her body after surgery can result in pain, additional treatment and even death. And doesn’t that also seem—what’s the word—unfair?

David Goldhill is the CEO of GSN, a media company, and the author of Catastrophic Care: Why Everything We Think We Know about Health Care is Wrong. 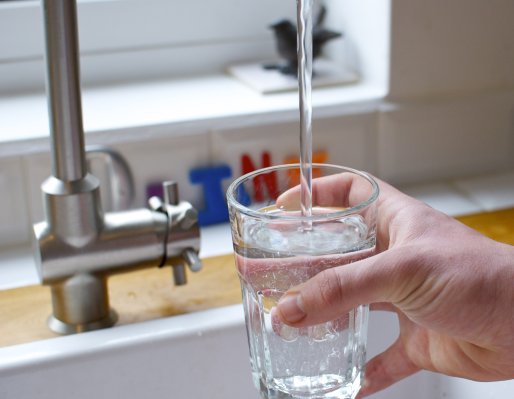 6 Major Myths About Hydration
Next Up: Editor's Pick