George Takei: 'Being Optimistic Is Ensuring Your Success'

There’s a Japanese word that shows up repeatedly in the new documentary, To Be Takei (Aug. 22) about the life of George Takei: “gaman.”

“Gaman translates into English as ‘to endure with dignity, or fortitude,’” the Star Trek actor tells TIME. Gaman was, he says, a source of strength for Japanese-Americans sent to internment camps during World War II — and he would know. Takei spent his childhood, up until almost his 9th birthday, in such a place. Even after the internment ended, the young Takei found himself in a hostile world, where housing and employment for Japanese-Americans were scarce, and his family, penniless after the war, lived on Skid Row in Los Angeles.

And gaman continued to prove necessary as Takei got older. When he became an actor, his first roles were ones he regretted even before filming them, stereotypical Asian caricatures he says his agent convinced him were worth it for the visibility. And, even after his acting career was established, he faced different struggles as a gay man — first with concealing his sexuality, later with getting the right to marry.

But he endured. As he tells TIME, he did so with a smile.

“I think being optimistic is ensuring your success. If you start out saying ‘I’ve got this problem or I’m angry at that,’ you will not succeed,” he says. “My father said, ‘Be confident of who you are, but also work hard to be the best that you can be.’”

It’s clear by now that his optimism is well-founded. The science-fiction devices he used on Star Trek have become reality (except, he notes, for the transporter), he’s married, he’s enjoying a major wave of popularity — and, of course, he’s the star of a movie about himself.

Read more about George Takei in this week’s TIME. 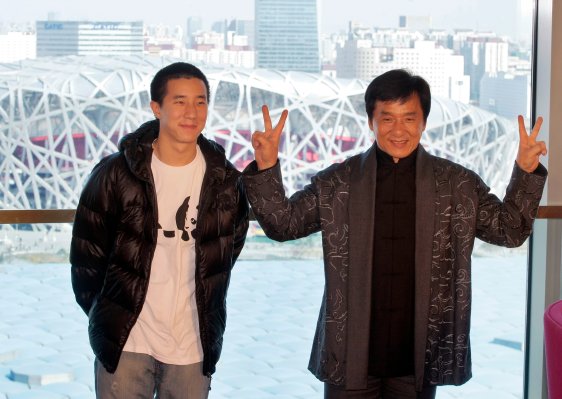 Jackie Chan’s Son Has Been Turned Into a Viral Game
Next Up: Editor's Pick