Alexander Hug, deputy head for the Organization for Security and Co-operation in Europe monitoring mission in Ukraine, looks on next to armed pro-Russian separatists on the way to the Malaysia Airlines Flight 17 crash site, near Donetsk, in eastern Ukraine, on July 30, 2014
Sergei Karpukhin—Reuters
By Noah Rayman

International investigators reached the crash site of Malaysia Airlines Flight 17 for the first time since the Boeing 777 was downed by a missile in eastern Ukraine on July 17, the Associated Press reports.

Fighting between the Ukrainian military and the pro-Russian separatists had kept the investigation team, made up of Dutch and Australian forensic experts and officials with the Organization for Security and Co-operation in Europe, from accessing the site.

But on Thursday, the team was able to pass through both Ukrainian and rebel checkpoints. A spokesman for the Ukrainian government announced a “day of quiet” Thursday to ensure the safety of the team, though reporters on the scene say clashes were ongoing in the area.

Ukraine has intensified its assault on rebel-held territory since MH17 crashed with 298 people on board, and fighting has left more than 1,000 dead, including hundreds of civilians.

The investigators limited their initial visit to reconnaissance, according to the New York Times, and left at around 5 p.m. local time to head back to the rebel-held city of Donetsk, about 65 km (40 miles) from the site.

They are expected to focus on retrieving human remains — Australian Foreign Minister said up to 80 bodies are believed to still be strewn across the crash site — and collect victims’ belongings, the AP reports. 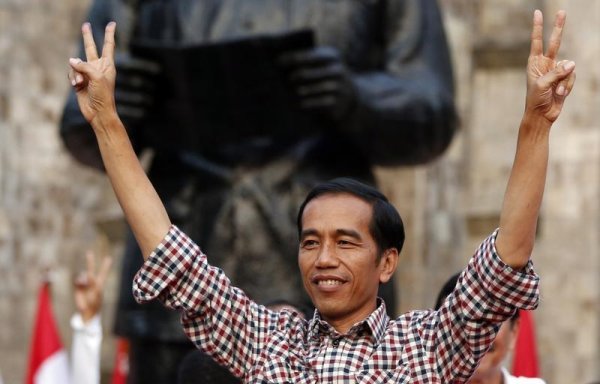 Indonesia’s Moment
Next Up: Editor's Pick