Maggie Gyllenhaal comes from a long line of lefties, including her mom Naomi Foner, whose screenplay for Running On Empty was nominated for an Oscar. The actress has been politically outspoken before standing up against the Iraq war. So it’s kind of surprising that she’s not such a fan of Obama,not will she take sides in the Israeli-Palestinian conflict.

Or maybe not that unexpected. Taking sides in the Middle East could turn potential viewers away from her new miniseries The Honorable Woman, which starts on July 31 on Sundance. “You know, you say one word on one side or the other, and you alienate hundreds of thousands of people,” she says in the longer version of her interview for the 10 Questions page of Time. “And I’m hoping actually to open many people’s minds and hearts even the tiniest bit. So, yes, I’m trying to think about what my ultimate intention is…and I’m trying to think before I speak.”

In the longer video below (pro-tip: skip the first minute if you watched the one above), Gyllenhaal also explains how President Obama broke her heart. “I really believed in him and I’m not sure what he believes in any more.” She thinks he wasn’t aggressive enough in dealing with the National Security Agency, after it was shown that their activities were Enemy of the State-ish than most Americans had been led to believe. “I still root for him,” says Gyllenhaal. “But I feel a little hopeless right now….I hope for a leader who will stand up and be unpopular.” 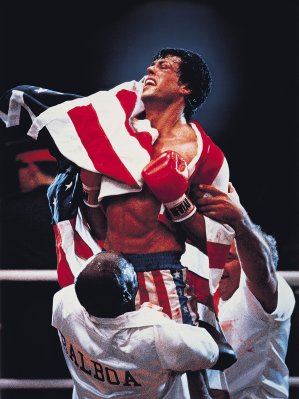 What's New on Netflix in August? The First 5 Rocky Movies
Next Up: Editor's Pick