Friday marks the 40th anniversary of President Richard Nixon resigning from the U.S. presidency in the wake of the Watergate scandal and subsequent cover-up. The anniversary comes just as a handful of Republicans, including former Alaska Gov. Sarah Palin, threaten to impeach President Barack Obama. “Impeachment is a message that has to be sent to our president that we’re not going to put up with this lawlessness,” Palin said in early July.

But the current situation is still a far cry from what went on 40 years ago. Today, even the President’s opposition in the House admits that there’s no serious impeachment effort underway. (The House did vote to support Speaker John Boehner’s lawsuit against Obama, but that’s not about impeachment.) For Nixon, however, the House Judiciary Committee went through with it, passing one article of impeachment against Nixon on July 27, 1974. The issue would have then moved to the full House of Representatives, where it had been likely to pass and continue on to the Senate, which had the power to remove Nixon from office. None of that happened, of course. Nixon resigned before it could.

In recognition of a political decision that rocked the country 40 years ago — and that other one currently attempting to rock the Democratic fundraising arm — here are six quotations from TIME’s 1974 coverage that show what an impeachment process looks like:

“People have got to know whether or not their President is a crook. Well, I’m not a crook. I’ve earned everything I’ve got.”

Nixon said these words in a press conference several months before resigning, in November 1973, as inquiries into the Watergate Scandal continued to pick up speed.

“For years we Republicans have campaigned against corruption and misconduct…But Watergate is our shame.”

The House Judiciary Committee that determined Nixon’s impeachment as the recommended course of action reached a vote of 27 to 11. Six Republican Congressman joined 21 Democrats to approve the motion. Among them was Virginia Republican Rep. M. Caldwell Butler, who said this quote. Butler helped Nixon on his reelection and stated that, after he announced he would vote for the President’s impeachment, he cried.

“I felt that if we didn’t impeach, we’d just ingrain and stamp in our highest office a standard of conduct that’s just unacceptable.”

Alabama Democrat Walter Flowers, who said these words, struggled with deciding whether he would vote in favor of Nixon’s impeachment. He came from an overwhelmingly pro-Nixon district. Other members of the committee were, like Flowers, hesitant to impeach but feared the precedent that could be set by not doing so. “I have been faced with the terrible responsibility of assessing the conduct of a President that I voted for, believed to be the best man to lead this country,” said Maine Republican Rep. William Cohen. “But a President who in the process by actor acquiescence allowed the rule of law and the Constitution to slip under the boots of indifference and arrogance and abuse.”

“There was just too much evidence.”

Republican Rep. Lawrence Hogan of Maryland said that he made his decision to impeach while driving home one night, as the weight of the evidence against President Nixon finally hit him. “After reading the transcripts, it was sobering: the number of untruths, the deception and the immoral attitudes,” Hogan said. “By any standard of proof demanded, we had to bind him over for trial and removal by the Senate.” In the public eye, the Maryland Congressman offered a sterner view of the situation. “The evidence convinces me that my President has lied repeatedly,” Hogan said at a press conference, “deceiving public officials and the American people.”

“This is the most important thing I shall ever do in my whole life, and I know it.”

Republican Rep. Charles Sandman of New Jersey understood the importance of the task at hand, which makes it even more interesting that he was one of Nixon’s staunchest supporters through the Watergate scandal. As one explanation for opposing all articles of impeachment, Sandman recalled the 1868 impeachment of President Andrew Johnson, which he called “one of the darkest moments in the Government of this great nation.” Sandman added, “I do not propose to be any part of a second blotch on the history of this great nation.” Sandman, like Nixon’s other defenders, paid dearly for their support of the administration after the White House tapes were released on Aug. 5, revealing the President’s demands to cease Watergate investigations. Sandman was defeated in his re-election campaign of 1974 and never served in Congress again.

“I think it could perhaps be one of our brightest days.”

New York Democrat Charles Rangel, who continues to serve in the House of Representatives, took an optimistic outlook on the impeachment proceedings. He viewed them as living proof of the Constitution’s soundness. “Some say this is a sad day in America’s history,” Rangel said. “I think it could perhaps be one of our brightest days. It could be really a test of the strength of our Constitution, because what I think it means to most Americans is that when this or any other President violates his sacred oath of office, the people are not left helpless.”

If polls from that time can serve as an indication, the House Judiciary Committee did act on the wishes of the American people. Even before the release of the incriminating White House tapes, a Harris poll showed that 53% of Americans supported the impeachment of Nixon, who held an approval rating of 24% at that point. In comparison, a July CNN poll found that 65% of Americans oppose an impeachment of Obama. 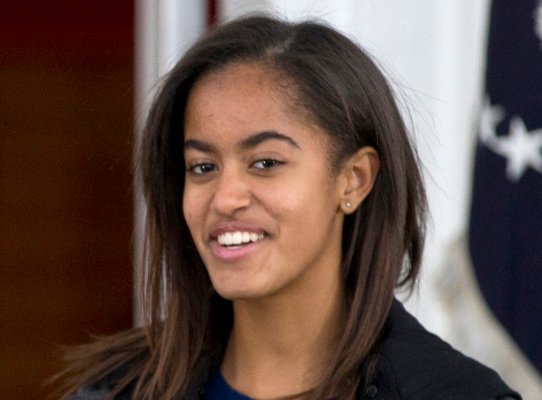 Malia Obama Is Having a Better Summer Than You
Next Up: Editor's Pick