The U.S. Has Deported More Than 30,000 Guatemalans This Year Alone

The airport in Guatemala City is a revolving door for deported migrants. As soon as they get off the airplane and through the doors that lead them back into their country, almost half the returnees turn right back towards the north.

“Sometimes they have been sent back five, eight or even nine times,” said Rafael Amado, Communications Director at the Guatemalan Ministry of Foreign Affairs. “The government has several initiatives to encourage them to stay, but it’s not enough.”

After a long trip with their ankles and hands tied down, and an unspecified amount time spent in detention before that, the returnees must face the very thing they left: A country where 54 percent of the population lives in poverty, where the rate of young children with chronic malnutrition is the fourth highest in the world, and where drug cartels and gangs rule the streets.

When deportees arrive, migration services give them water, a sandwich and a phone call. If they’re lucky, they also get a ride or a bus pass courtesy of the Ministry of Foreign Affairs, but not much else. Though some know where to go and how to get there, most come with little or no money in their pocket, and some come to find a country they have left for years and is no longer home.

“It’s hard to come back,” said Oscar González, a volunteer with the Association of Integral Support for Migrants. “I was gone for ten years, I had a life in the United States, I was paying off a house.”

Three years after his deportation, González works to help those just like him. His organization assists deportees by handing out water and cookies, letting them make phone calls and helping with job placement for those who return with English language skills. But organizations like this one are scarce, poorly funded and understaffed.

“There are coyotes — human smugglers — waiting outside of the airport where the deportees arrive,” said Mario Hernandez, Director of the Association of Integral Support for Migrants. Many smugglers charge a one-time fee that covers two or three tries to get all the way across the Mexican-American border.

The U.S. flew 50,221 deportees back to Guatemala last year alone. By June of this year, more than 30,000 had been deported. According to Fernando Lucero, the spokesperson for the Migration Authority of Guatemala, if the number of deportations continues at the same pace, more than 60,000 will have been deported by the end of the year.

Special thanks to Nacho Corbella and the Association of Integral Support for Migrants. 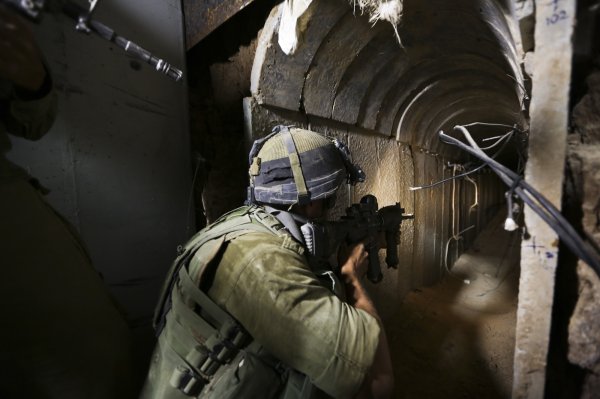 Netanyahu: Gaza Fight Will Continue Until Tunnels Are Destroyed
Next Up: Editor's Pick