Why Big Mergers Are Bad for Consumers

Rupert Murdoch’s 21st Century Fox wants to take over Time Warner. Comcast wants to buy Time Warner Cable. AT&T and DirecTV may hook up to compete against them. T-Mobile and Sprint are looking to connect, as are any number of other large communications firms, not to mention technology and pharma giants. We are in a new golden age of mergers and acquisitions–M&A activity was up sharply in 2014 and is already at pre-financial-crisis levels. Now bankers are salivating at the billions of dollars in fees such deals generate. The question is, Will the deals be any good for the rest of us?

Since the early 1980s, antitrust regulators like the Department of Justice and the Federal Trade Commission have tried to answer that question by asking another: Will a given merger bring down prices and improve services for consumers? If the answer was even remotely yes, then the merger–no matter how big–was likely to go through. But voices on all sides of the antitrust debate are beginning to question whether that rationale is actually working anymore.

Nobody would argue that the megamergers that have taken place over the past 30 years in pharmaceuticals, for example, have brought down drug prices. Or that the tie-ups between big airlines have made flying more enjoyable. Or that conglomerate banks have made our financial system more robust. “Merging companies always say that they’ll save money and bring down prices,” says Albert Foer, president of the American Antitrust Institute, a think tank devoted to studying competition. “But the reality is that they often end up with monopoly power that allows them to exert incredible pressure in whatever way they like.” That can include squeezing not only customers but also smaller suppliers way down the food chain.

Take the book business, for example. Though publishing is minuscule as a percentage of the economy, it has recently become a focal point in the debate over how our antitrust system works (or doesn’t), mostly because it illustrates the incredible power of one corporation: Amazon. In 2012, the Department of Justice went after tech giant Apple and a group of five major book publishers for collusion, winning a case against them for attempting to fix the prices of e-books. The publishers argued their actions were a response to anticompetitive monopoly pricing by Amazon. Apple is appealing.

Did the verdict serve the public? Many people, including star trial attorney David Boies, say no. Boies, who’s been representing large firms on both sides of the antitrust issue as well as the DOJ over the past several decades, says the verdict is “a failure of common sense and analysis.” Regulators often bring collusion cases, for example, because they are relatively easy to prove. Yet in this case, argues Boies, it led to an outcome in which the entrenched market participant, Amazon, was strengthened, and new participants–Apple and the book publishers–that hoped to create a competing platform in the e-book industry were shot down. “The result is that Amazon gets bigger, and eventually regulators will have to go after them,” says Boies. “We really need a more realistic, commonsense view of antitrust enforcement.” Amazon declined to comment.

The “Bigger Is Better” ethos of the 1980s and 1990s grew not only out of conservative, markets-know-best thinking. It was also fueled by a belief on the left that antitrust enforcement was wasteful and that regulating big companies was preferable to trying to stop them from becoming too big in the first place. Neither side got it right. Big companies aren’t always concerned first about the welfare of their customers–or particularly easy to regulate. The idea of letting companies do whatever they want as long as they can prove that they are decreasing prices may be far too simplistic a logic to serve the public–or even the corporate–good. Amazon shares have tumbled as investors worry about the future of a company that has so successfully compressed prices that it generates as much as $20 billion in revenue a quarter but no profit.

How to fix things? We need a rethink of antitrust logic that takes into consideration a more complex, global landscape in which megamergers have unpredictable ripple effects. We also need a new definition of consumer good that encompasses not only price but choice and the kind of marketplace diversity that encourages innovation and growth. Tech and communications firms today are like the railroads of old: it will take a strong hand to rein them in. That’s a task not for regulators but for Congress and a new Administration. Until then, with corporate coffers full and markets flying high, the big are only likely to get bigger. 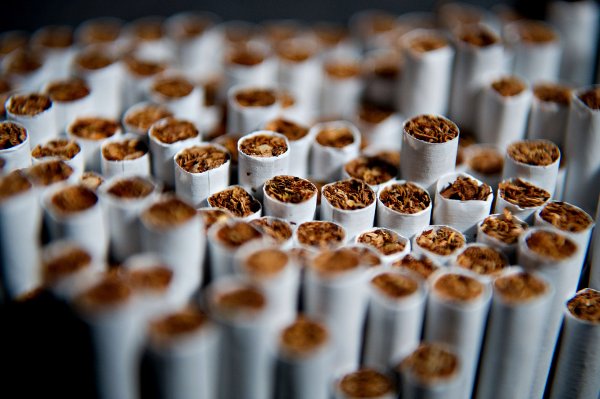 Tobacco Mergers Are Creating a More Efficient Killing Machine
Next Up: Editor's Pick