Spoon Stirs Up New Album They Want My Soul

Spoon became one of the greatest American rock bands of its generation by laying a foundation of key musical elements–tight rhythms and nervy riffs, Britt Daniel’s scratchy SOS-pad yelp, lyrics that danced on the edge of inscrutability–and building new worlds out of that core with each new record. The band played with tones and instrumentation that veered from minimalism and rawness (Kill the Moonlight, Transference) to intricacy, breadth and diversity (Gimme Fiction, Ga Ga Ga Ga Ga).

They Want My Soul, the band’s eighth studio album, seeks to answer a question: What should rock music sound like in 2014? The answer, to hear the band and veteran producers Joe Chiccarelli and Dave Fridmann tell it: bright, brittle guitar lines, can-opener percussion and an array of untraditional sounds and effects that serve as spice and garnish. Vocals are processed and made to artificially stutter (like on standout “Do You”), and synth melodies are afforded a prominence that would have scanned as garish on earlier records.

Daniel remains the star, and his tattered snarl makes these songs move. When he turns relatively tender for the swooning, dewy “Inside Out,” it’s a rare treat. Whether he is attempting a gentle croon or strutting and spitting, his voice stands out, as does the sharp strength of Spoon’s ensemble. Genres and trends shift with time, but craftsmanship like this never goes out of style. 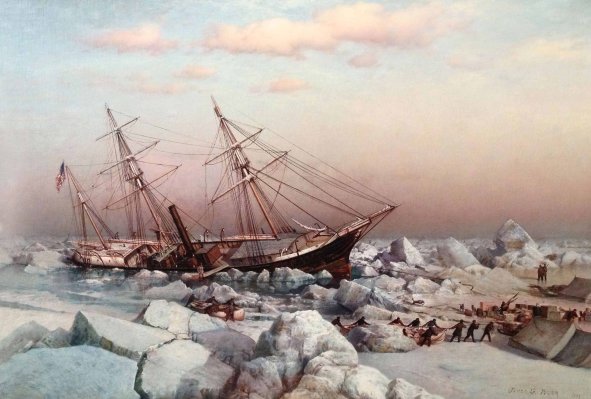 Review: In the Kingdom of Ice Brings Cold Comfort
Next Up: Editor's Pick