Authorities say a 15-year-old transgender teenager who was stabbed on the Green Line Metro in Washington, D.C., on Wednesday at 4:30 p.m. is currently recovering from her non-life-threatening injuries at a local hospital, and remains in stable condition. The police apprehended a suspect, 24-year-old Reginald Anthony Klaiber of Greenbelt, Md., after witnesses identified him at a nearby station.

The victims’ friends told local news that Klaiber approached the group, singled out the victim, and ridiculed her for her appearance. Dan Stessell, a Metro spokesman, told CBS DC that Klaiber allegedly stabbed the victim in the back one time before he fled to Fort Totten Station, where he was later arrested.

The attack comes shortly after a report released by Trans Violence Tracking Portal (TVTP), revealed that 102 transgender people were murdered in 12 countries from January to April this year. Allison Woolbert, the founder of TVTP, says an antitransgender stigma has led to a disproportionate rate of violence against transgender people in 2014. “The suicides, the violence, the missing persons, and the murders are all directly related to a person’s gender identity,” Woolbert wrote to Vox.

The District of Columbia’s hate-crime laws offer some protection to transgender victims by enhancing sentences for offenders. The Metropolitan Police Department is also required to federally report hate crimes each year.

Klaiber was charged with assault using a deadly weapon and could face additional hate-crime charges, according to NBC Washington. If found guilty, the suspect’s sentence could be extended 1.5 times under District of Columbia law. 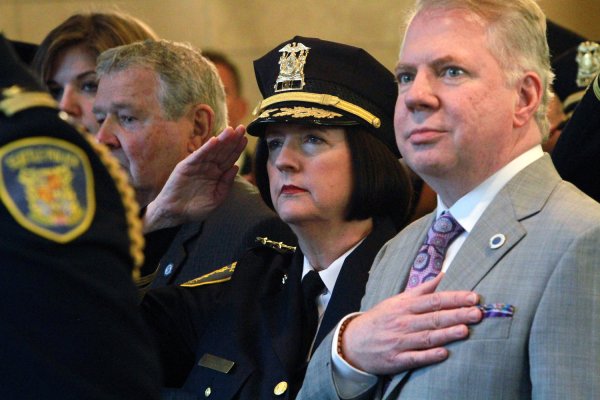 One Seattle Cop Issued 80% of Pot Citations
Next Up: Editor's Pick