A United Nations official broke down in tears during an interview Wednesday while talking about a deadly shelling on a school in Gaza.

In an interview on Al Jazeera, also reported by the Washington Post, United Nations Relief and Works Agency spokesman Chris Gunness couldn’t hold back tears over the school strikes.

Director of Operations at the International Committee of the Red Cross Pierre Krähenbühl condemned the shelling, saying in part that “We have moved beyond the realm of humanitarian action alone. We are in the realm of accountability. I call on the international community to take deliberate international political action to put an immediate end to the continuing carnage.”

According to the UN Office of Humanitarian Affairs, 1,118 Palestinians have been killed in the ongoing conflict as of July 29, including 827 civilians, of whom 243 were children and 131 were women. About 56 Israelis have been killed, including 53 soldiers, two civilians and one foreign national. 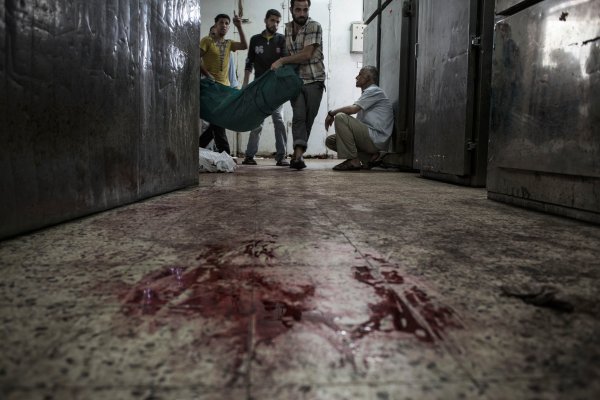 Obama to Israel: 'Do More' About Civilian Deaths
Next Up: Editor's Pick