The debate over e-cigarettes—now a$2 billion industry in the U.S. and growing—is constantly up in smoke.

The primary problem is that we simply do not know what e-cigarettes’ long-term health impacts are, with some people heralding it an effective smoking cessation while others say it’s just more nicotine products on the market—and not smoking, no matter what you inhale, is your best bet. Some early research found that adolescents smoking e-cigarettes will also smoke regular tobacco products, and that there’s an increase in e-cigarette related calls to poison centers around the nation.

But this week, a new paper looking at over 80 studies on e-cigarettes’ safety and their effects on users plays devil’s advocate.

The researchers found that based on the evidence, e-cigs are much less harmful to smokers and bystanders compared to conventional cigarettes. They are becoming more popular, but the numbers—so far—don’t suggest that they are being regularly used by non-smokers or kids. Finally, the researchers found that e-cigs can help some users cut down on their use of regular cigarettes and even quit. As regulating bodies around the world make decisions about how to deal with e-cigs, the researchers conclude that letting e-cigarettes compete with traditional tobacco on the market might actually decrease smoking morbidity and mortality.

“Health professionals may consider advising smokers unable or unwilling to quit through other routes to switch to [e-cigarettes] as a safer alternative to smoking and a possible pathway to complete cessation of nicotine use,” the Queen Mary University of London researchers write in their study, published in the journal Addiction.

When it comes to the question of what’s safer, e-cigs or cigarettes, no one is in disagreement. E-cigarettes win. While they still provide smokers with nicotine, which is highly addictive, users do not inhale the toxic smoke and chemicals from regular cigarettes.

Public health experts are split on what role e-cigarettes will play in the nation’s health, but more evidence and further research from both sides of the debate will hopefully keep policy members informed about where the current science stands. 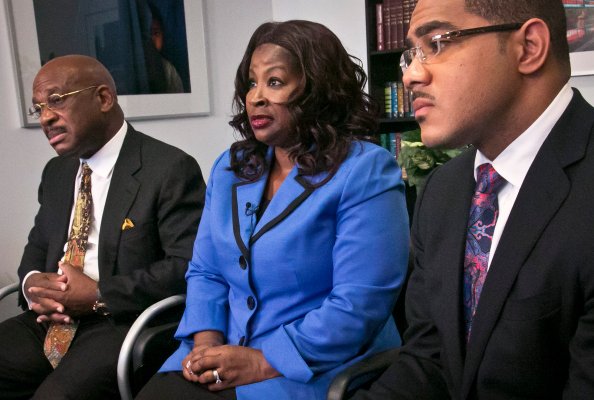 $23.6 Billion Lawsuit Winner to Big Tobacco: "Are You Awake Now?"
Next Up: Editor's Pick