“I don’t spend a lot of time thinking about breaking a glass ceiling,” says Michele Roberts, the new executive director of the National Basketball Players Association (NBPA). She went ahead and shattered one anyway.

Roberts, who was named union chief early this week, is the first woman to head a players union for the top four U.S. pro sports leagues (basketball, football, baseball, hockey). Given the outsized impact of sports business on American culture, the importance of this appointment can’t be overstated. “Michele will inherently be a role model for girls and women aspiring to leadership roles in all sectors,” says Kathryn Olson, CEO for the Women’s Sports Foundation.

Roberts’ resume was too attractive to turn away. She was a star Washington litigator; Washingtonian magazine once named her the “finest pure trial lawyer in Washington.” Throughout her career, which began in the D.C. public defender’s office in 1980, Roberts showed an uncanny ability to connect with juries, a skill she hopes to transfer to the negotiating table.

“As a trial lawyer, you have to clarify minds, and change minds,” says Harvard Law School professor Charles Ogletree, who recruited Roberts to the public defender’s office. “She does the homework, and understands the arguments that need to be made. There won’t be a time when someone across the bargaining table doesn’t say, ‘Wow, I learned something.’”

During the interview process for her new high-profile gig, Roberts’ personal history helped form a bond with the players. Like some of them, she came from humble beginnings. “She could identify with us,” says Roger Mason Jr., NBPA vice president. Roberts was raised in a South Bronx housing project, and became interested in the law after seeing her older brother’s friends get sent to jail. Often, her mother told her, they couldn’t afford good representation, and it cost them.

“I’m not going to say I was proud to be poor – nobody believes that,” says Roberts. “But I’m proud that my background guided my life.” She still keeps in touch with three children – all named after her – of acquitted clients from her public defender days.

Roberts attended a prep school in the New York City suburbs, and encountered the kind of racism that was all too common at the time. “Many people hadn’t had any contact with black people,” Roberts says during a Tuesday telephone interview from Las Vegas, where the announcement of her appointment was made. “They weren’t necessarily evil, just ignorant.”

For years, this experience framed her worldview. By 1988, she was leading the trial division of the public defender’s office, and the Washington Post magazine ran an extensive profile on her. She said in that story: “I liked school, and all I wanted to do was go to school, finish up and go to college. And then I went to prep school and met these creatures: The students and some of the professors were just blatant racists. And I didn’t know anything about that before I came there. I became more aggressive in my studies, because I refused to let any of these white folks think that I was stupid. It probably has some impact on how I behave in court. Most of my opponents are white, and there’s no question that I’m more aggressive when I’m dealing with them. I am immediately suspicious of white people. I just assume, for better or worse, that they have preconceived notions about the intelligence of black people. Thankfully, I am often proved wrong, at least by people in this office.”

When asked about that comment today, Roberts doesn’t run from it: she calls it her “genuine” feeling at the time, over 25 years ago. But after working in private practice, and at prestigious white-collar firms, since those days — and while further removed from her high school experience — Roberts says her views have “evolved.” She is far from “suspicious” of white people. “The very, very goods news is that’s no longer how I see the world,” says Roberts. “And I’m happy to say that.”

She’s also delighted that the players who hired her were blind to gender. “The only question in my mind, really, was, ‘Were they unwilling to give me a chance because I was a woman?’” Roberts says. “We had so many intelligent conversations about this issue. What’s most impressive to me is, once they saw my accomplishments and the value I can add, that didn’t stop them from making the offer, even while others may have predicted otherwise.”

Roberts is used to winning, and during the last round of negotiations between the NBA and its players, the union fell short. In the collective bargaining agreement that ended the 2011 lockout, the players’ share of basketball-related income declined, from 57% to 50%. Maximum guaranteed contracts were shortened, and harsher penalties levied on teams that exceeded the salary cap. Former executive Billy Hunter was fired in February 2013, after an investigation revealed questionable business practices.

With Roberts now at the helm, the union is ready to look forward. “This is not going to be Billy Hunter vs. the NBA,” says Roberts. “This is Michele Roberts and a team of gladiators. I don’t tout that I have some magic formula. That would be a recipe for disaster.” Roberts’ competitive flair has also impressed the players. (During her public defender days, she almost got a black belt in taekwondo. “But then I had to fight two 16-year-old girls at the same time,” Roberts says. “They beat the hell out of me.”)

Both players and owners can opt out of the current deal in 2017. Although Roberts is not ready to talk specific strategies and priorities during her first full day on the job, it’s not difficult to read the signals — more than likely, the players will exercise that right. “When we speak about value, of course we feel we should be getting more,” says Mason Jr. If a work stoppage were to follow, both Roberts and NBA commissioner Adam Silver, whose popularity has soared since he took a hard line against Donald Sterling, will take their hits. Fans rarely seep themselves in the mind-numbing economic details. They just want to see basketball.

For now, Roberts – a lifelong hoops fan – is still riding high. “When I got up this morning, I giggled out loud,” says Roberts. “It was still true. I got the job.” And she does feel some weight of history. “I have two nieces that I worship,” says Roberts, who has never married. “And the pride I feel when I hear how proud they are of me is tremendous. It’s important for women to break barriers. But I don’t wake up and say, ‘Let’s break some barriers today.’ I wake up and say, ‘What do I have to do to best serve my client?’ And if I happen to break some barriers along the way, God bless me.” 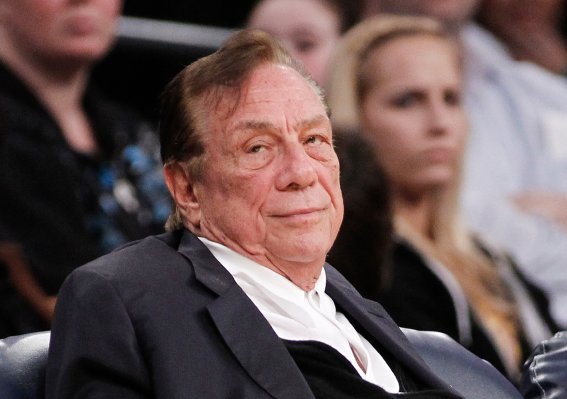 Judge Rules Against Move to Block Clippers Sale
Next Up: Editor's Pick