Tracy Emin's 1998 piece My Bed on display at Christie's in London on June 27, 2014
Rob Stothard&mdash;Getty Images
By Aleksandra Gjorgievska

Contemporary art’s most well-known bed is returning to the site where it first gained notoriety.

Artist Tracey Emin’s controversial installation My Bed — consisting of an unmade bed surrounded by piles of discarded condoms, old liquor bottles and pregnancy tests — will be exhibited at Tate Gallery on a long-term loan from its most recent owner, the Tate said in a statement on Monday.

The 1998 work, which grapples with the aftermath of a difficult breakup, has been included in discussions about what qualifies as art. It gained renewed prominence in the past month when it was slated to be sold at a Christie’s auction in London. On July 1, the piece was sold to German collector and businessman Count Christian Duerckheim for approximately $3.77 million — more than 18 times the amount collector Charles Saatchi paid for it in 2000.

My Bed was exhibited at Tate Britain in 1999, the same year it was shortlisted for the prestigious Turner Prize. Now, new owner Duerckheim will loan the work to the Tate for a period of at least 10 years. Tate director Nicholas Serota expressed gratitude for Duerckheim’s gift, which will allow museum visitors to see “a work that now has iconic status.”

Emin, the artist herself, told the BBC, “I have always felt My Bed belongs at Tate. And now it will be.” 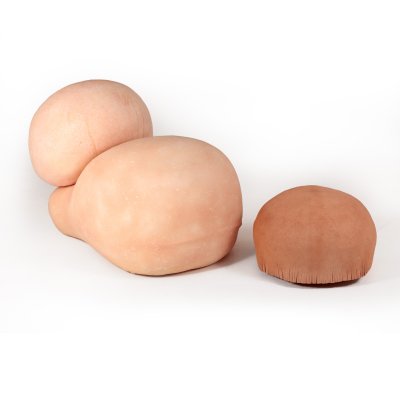 This Furniture Looks, Feels and Smells Like It's Made Out of Human Skin
Next Up: Editor's Pick