No More Hearings, No More Bills, Congress Is Headed Out for Summer

Every August, the city of Washington, D.C. virtually shuts down. Beginning late Friday night, Congress has left town for five weeks, and there will be no hearings in session. Some may be wondering why exactly Congress is packing up and heading out of town.

The straight answer? It’s the law. In 1970, Congress enacted a mandatory five-week break for itself beginning the first week of August and extending past Labor Day weekend, all as part of the Legislative Reorganization Act. When the law passed, there were many younger lawmakers with children coming into Congress who wanted a more predictable legislative schedule and designated vacation times.

Over the years, legislative sessions had gotten longer and longer. From 1789 up through the 1930s, Congress convened in December and stayed in session for only five or six months. In fact, until the 20th century, the position was not full time and lawmakers could work other jobs in the half of the year they weren’t in session — a member also trained as a butcher could, theoretically make laws and sausage. By the 1950s, sessions were extending well into July, and by the 1960s Congress wasn’t adjourning until autumn. Sessions hit a record length in 1963 when Senate convened in January and adjourned in December — at that point, three-day weekends were the members’ only breaks.

So, largely under the leadership of Sen. Gale McGee who championed the idea of August recess as a way to “modernize Congress,” junior members lobbied senior members to install a recess in the schedule. The first official August recess began on August 6, 1971.

But just because it’s called a recess doesn’t mean Congressional leaders are taking a break. “Business still goes on,” Senate Historian Don Ritchie said. “There’s just no action on the floor during that period.”

Especially because this is an election year, many members will be campaigning, visiting offices and town halls in their home states and holding town meetings. Offices will stay open to receive mail and calls from constituents. Members who aren’t up for reelection might enjoy family time or a vacation, or they can take on a Congressional delegation, Ritchie said. Really, it’s entirely up to the member to decide what he or she wants to do during August recess.

However, should lawmakers decide they want to wrap up some work before vacationing, they have the option to do so. Members can push the August recess back by passing an extension resolution. There have also been instances where Congress has had to return mid-recess. In 2004, Congress came back to hold hearings in light of the release of the 9/11 Commission Report. In 2005, Congress returned to pass legislation to aid Hurricane Katrina victims. This year, the start of the recess was delayed slightly on Friday, as lawmakers worked on changes to two immigration bills.

“There are a lot of people who think they shouldn’t take time off. Some think the more time they’re away the better,” Ritchie said. “Every needs some vacation, though.”

Update: This story has been updated to reflect the fact that it was published after Congressional passage of recent highway funding and immigration bills. 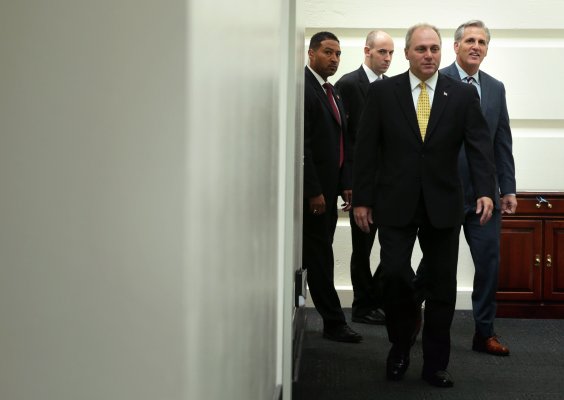