Transit workers participate in a rally to urge Congress to replenish the Highway Trust Fund, on Capitol Hill, May 20, 2014 in Washington, D.C.
Mark Wilson—Getty Images
By Jay Newton-Small

The House and Senate have two competing versions of a temporary fix for the Highway Trust Fund, which is set to run out of money at the beginning of August if nothing is done.

The House passed its version of the $10.9 billion fund bailout on July 15, while the Senate passed a bill of its own Tuesday night. The problem, however, is that House Republicans object to how the Senate pays for its bill, arguing the upper chamber has left a $2 billion hole that’s unpaid for.

“I just want to make clear: If the Senate sends a highway bill over here with those provisions, we’re just going to strip it out,” House Speaker John Boehner told reporters Tuesday.

The legislative friction comes just as both chambers are expected to recess for five weeks at the end of this week, setting up a game of congressional chicken. The House plans to re-pass its version and send it back to the Senate before breaking for recess, thus leaving the Senate with the choice of defaulting or passing the House bill. If there’s enough time, however, the Senate could turn the tables on the lower chamber, passing its version of the bill and daring the House to not come back to work and prevent a default.

Such games of chicken are common before recess breaks. In this case, what will most likely happen is the slower-moving Senate will likely accept and pass the House version. But all the ping-ponging doesn’t endear Congress to the states and companies depending on Highway Trust Fund money for projects—or to the American people at large. 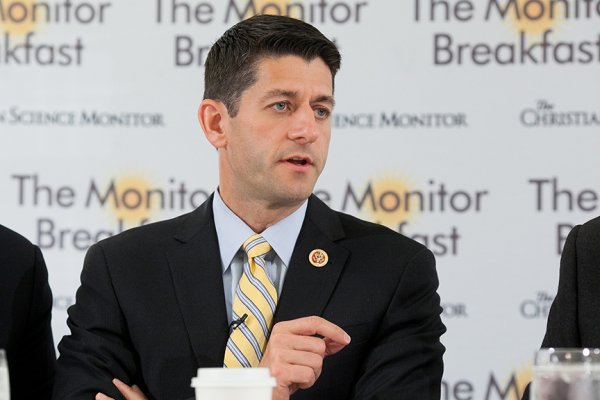 Paul Ryan: Sue Obama, But Don't Impeach Him
Next Up: Editor's Pick