Former Internal Revenue Service official Lois Lerner exercises her Fifth Amendment right not to speak about the IRS targeting investigation before the House Oversight and Government Reform Committee during a hearing in the Rayburn House Office Building on March 5, 2014 in Washington.
Chip Somodevilla—Getty Images
By Alex Rogers

Lois Lerner, the former Internal Revenue Service official at the center of a scandal involving that agency’s targeting of conservative groups, called Republicans “crazies” and “assholes,” according to emails released Wednesday.

Lerner’s messages were released by House Ways and Means Chairman Dave Camp as part of an investigation looking into possible criminal wrongdoing at the IRS. The emails released by Camp’s committee were redacted to use the language “—holes,” but a Camp spokesperson confirmed the original emails read “assholes.” Lerner resigned from her post overseeing tax-exempt groups last September.

In work emails exchanged November 2012 with an unidentified person, Lerner knocks the “whacko wing” of the Republican Party and conservative radio shows. Camp said in a statement that he hopes the released emails urge the Justice Department to “aggressively pursue this case” and appoint a special counsel. In May 2013, Lerner acknowledged that the IRS chose groups with “tea party” in their name for additional review in determining their tax-exempt status as social welfare groups.

A spokesman for Rep. Sandy Levin (D-Mich.), the ranking Democrat on the House Ways and Means Committee, did not respond to a request for comment. 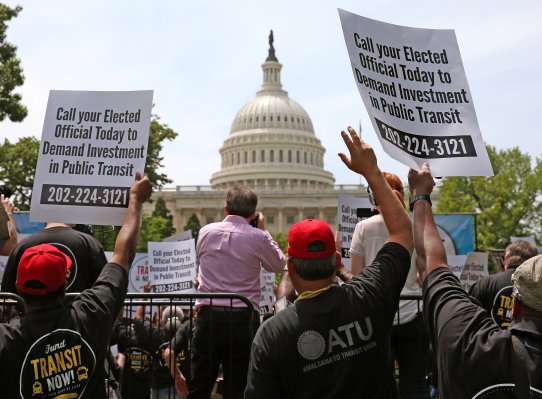 Congress Plays Chicken With Highway Funding
Next Up: Editor's Pick