The Netflix Inc. application (app) displays the "Orange is the New Black" series on an Apple Inc. iPhone 5s in this arranged photograph in Washington, D.C., U.S., on Wednesday, July 9, 2014.
Bloomberg—Bloomberg via Getty Images
By Victor Luckerson

Despite its public war against interconnection fees, Netflix has signed another paid peering deal with an Internet Service Provider to improve the quality of its streaming and reduce buffering for its subscribers.

“We reached an interconnect agreement with AT&T in May and since then have been working together to provision additional interconnect capacity to improve the viewing experience of our mutual subscribers,” Netflix spokesperson Anne Marie Squeo said in an emailed statement. “We’re now beginning to turn up the connections, a process that should be complete in the coming days.” AT&T spokesperon Mark Siegel offered a nearly identical statement. Netflix will pay AT&T for this additional capacity, but the payment amount hasn’t been disclosed.

Such fees have become a hotly debated topic among Internet giants this year. Netflix believes it shouldn’t have pay ISPs like AT&T to deliver its video content because consumers are already paying for Internet access. The streaming service argues that these tolls could be used to discriminate against certain Internet companies, and it has conflated the issue with the ongoing debate about net neutrality.

The ISPs disagree. In a March blog post, AT&T executive Jim Cicconi called Netflix “arrogant” for trying to dump its cost of doing business on all subscribers to an ISP. “When Netflix delivered its movies by mail, the cost of delivery was included in the price their customer paid,” he wrote. “It would’ve been neither right nor legal for Netflix to demand a customer’s neighbors pay the cost of delivering his movie.”

For now Netflix has come to an uneasy truce with AT&T in a deal similar to those already established with Verizon and Comcast. But the company is lobbying to get these tolls outlawed when new rules for net neutrality are drafted by the Federal Communications Commission later this year. 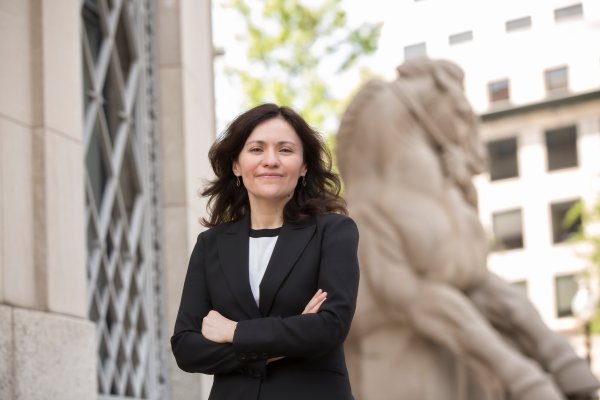 Meet the Woman Keeping Silicon Valley in Check
Next Up: Editor's Pick