"The Book Was Better": Why Readers of TV Adaptations Need to Let Go

Caitriona Balfe as Claire Randall, transported from 1945 Scotland to 1743 Scotland in Outlander.
Starz
By James Poniewozik

The battle between books and TV used to be fought by bibliophiles proclaiming that they didn’t even own televisions. Today, the terms of battle have changed, as prestige TV has gotten enough cultural status that there is probably some counter-snob bragging, at a cocktail party somewhere, “Why, I don’t even own a book!”

But the latest point of contention is between readers and watchers of the same story, when an acclaimed, popular work of fiction (e.g., A Song of Ice and Fire) becomes an acclaimed, popular TV drama (e.g., Game of Thrones). If you read a franchise before it was adapted for the tube, is your fandom more true than a newcomer viewer? Does the TV series owe you a faithfulness to the original story? And do you suddenly have to clam up about “spoilers” you read a decade ago?

Maisie Williams of Game of Thrones recently weighed in on that last issue with a directness that would do her character Arya Stark proud, sticking book purists with the pointy end: “I’m so sick of going on the Internet and seeing all the book readers being snobby, spoiling it for other people, then saying, ‘Well, it’s not a spoiler. The books have been out for years.’ Like, couldn’t you just stop being mad for a second and let other people enjoy the show?”

Speaking as a reader of the books, she’s right–up to a point. If anyone that desperately wants to know what’s coming up in the books, nothing’s stopping them from reading ahead, so I’m not taking a vow of silence. On the other hand, I don’t have to be a jerk about it: in my reviews of GoT–which at this point has started diverging from the books in key ways anyway–I pointedly avoid book spoilage, at least without warning anyone. There are plenty of big forums for book readers to discuss the series with other readers–the AV Club has gone as far as publishing separate “newbies” and “experts” reviews.

There’s a similar dynamic going on with The Walking Dead (which has diverged even father from the source graphic novels, or so I’m told). And pretty soon we’ll have a new book fandom entering the TV-space: Outlander, based on a massively popular fantasy-romance-history series by Diana Gabaldon–involving war, sex, time travel and 18th-century Scotland–debuts on Starz August 9. And as with Game of Thrones, its loyal readers will be watching closely. Very closely.

Writing for Vanity Fair online, Joanna Robinson angered some of these Outlanderphiles Tuesday when she posted a critique of the credits sequence that Starz has put online, arguing that the misty-highlands music and the “Ren-meets-Lilith-Fair” visuals suggested that Starz was positioning and marketing the series as a genre romance in a way that might turn off a larger audience, especially men. It was hardly an in-depth review, but it was a legitimate enough subject for a short post about the marketing of a TV series–from a writer who has been an astute critic of series like Game of Thrones. (I’ve seen six episodes of Outlander, which I’ll review later. I think it has crossover potential, and I didn’t exactly think I needed to turn in my Man Card for watching it. But, to Robinson’s concern, the series itself is a good bit less gauzy than those credits and Bear McCreary theme song suggest.)

A slew of commenters, though, took Robinson’s critique of Starz’s marketing of the TV series specifically as an attack on the books, and their genre at large–on them. (Starz, she suggested, was making Outlander look like “Fifty Shades of Plaid,” in a way that might appeal only to “your dear old mum.”) What especially struck me, though, was a repeated refrain in the angry replies from fans: “If you have read Outlander, which I don’t believe you did, you would never make those silly comments.”

Robinson pointed out on Twitter that she actually has read Outlander. But suppose she hadn’t. So what? What’s really going on here is a larger, recurrent argument here about fandom and ownership.

Outlander the TV series is an adaptation, which Starz–like HBO or AMC or any other adapter–is making for an audience that, ideally, will be far larger than the readership alone. Can you not have a legitimate opinion on them unless you have read the source books–and unless you love the source books and are invested in a series you haven’t yet seen? Are the old fans the true fans, the authentic fans, the authoritative fans? Can you truly appreciate and understand an adaption without reading the source–or is it actually a handicap?

I’ve been on both sides of this, and my strict rule about reading the source material is: there is no rule. I’ve read the A Song of Ice and Fire books and I love them–not without reservation–but there are times I wish I could watch Game of Thrones without knowing what’s coming or being tempted to compare. Knowing the general story lets me focus on Thrones‘ themes and characters without getting bogged down in plot speculation. On the other hand, I can never un-read the books and know what it would be like to watch the series from that perspective.

So when I heard HBO was adapting The Leftovers, I decided not to read the book, even though I’m a fan of Tom Perrotta’s other novels. I’ve never read The Walking Dead graphic novels, not because I care about being spoiled but because I don’t have enough interest. Outlander—that’s a lot of books to read in a little time, and I’d just as soon go in without preconceptions. On the other hand, I eagerly read Jonathan Strange and Mr Norrell, long before the BBC announced its upcoming adaption of the fantasy novel, and I can’t wait to see it.

In other words, I’ve been a reader and a non-reader. One experience is not better, purer or more authoritative than the other. Neither experience makes judgment of the visual version of the story more or less legitimate. They are qualitatively different experiences–but they are just that, different, and it’s impossible to have both experiences at once. That’s why I’m glad, for instance, that I can read Game of Thrones reviews both by critics who have read the source and ones who haven’t–I find things in both that I can’t expect to get from the other.

People who came to Game of Thrones years after I read the books are not fandom gentrifiers. Our perspectives aren’t inherently better or worse than the other. And the same goes for books vs. their adaptations. As a reader of ASOIAF, HBO owes me precisely nothing–except in the sense that it “owes” me as a subscriber to make any TV series a good TV series. It doesn’t owe me a reproduction of my favorite scenes and storylines. Our default adjective for adaptations is “faithful,” but there’s no breach of faith inherent in changing a story for the screen. There are things I miss in Game of Thrones, but in many ways the streamlining of the vast, digressive story has been an improvement–and in any case, it’s better suited for TV.

But beyond that, HBO could have turned ASOIAF into a laugh-track family sitcom–That’s My Lannister!–with a wacky space-alien neighbor living next door to the Red Keep, and it would not diminish my reading experience one bit. It would change the larger world’s perception of the story, yes. Any TV or film adaptation is likely to have a much broader cultural reach than the novels it was based on–and there’s another reason for readers to feel anxious about adaptations. But in the end, what other people think of a story you love doesn’t matter. What matters is the individual, and inalienable, bond the story makes with you.

I don’t know how true Outlander will ultimately be to the books, but one way or another Outlander‘s literary fans will soon have to deal with all of this just as ASOIAF‘s have. (If my friend and colleague Lev Grossman’s The Magicians ends up becoming a series at Syfy, so will its readers.) And I recognize that this tension is especially strong among readers of genre fiction, who have learned to expect their favorites to be dismissed as silly stories for Dorito-stained fanboys or doily-clutching old ladies. That may be, for instance, why you don’t hear the same kind of outcry or policing among Perrotta fans over HBO’s Leftovers–literary-fiction readers just don’t have to deal with the same kind of insults. As a genre fan, you become protective. You are The Watcher–or rather, The Reader–on The Wall.

But in the end, the book is the book. The show is the show. I’m glad to accept that I’m going to get different things from one than from the other–and if one of them ends up sucking, it doesn’t diminish the other. It’s just one more reason that it’s a good thing to own both a TV set and a bookcase. 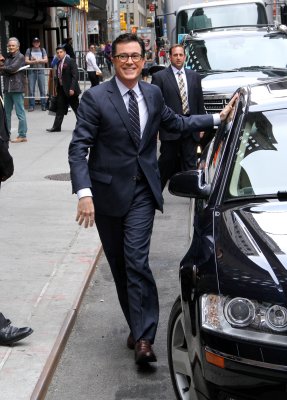