Guardians of the Galaxy, the latest franchise to join Marvel’s ever-expanding cinematic universe, is a marked departure from the recognizable stable of superheroes movie-goers are used to. Instead of Iron Man or Captain America, we’re treated to a motley crew that consists of an everyman, a green Zoe Saldana, a live-action Kratos, Ranger Rick’s temperamental cousin and an overgrown weed. But don’t let their appearances or the unfamiliar intimidate you. Guardians of the Galaxy is laugh-out-loud funny and totally worth checking out.

To help you get ready for Guardians of the Galaxy, here are a couple things you should know.

Abducted from Earth by aliens when he was a child, Peter Quill (Star-Lord), played by Chris Pratt, is an interstellar adventurer who travels the stars in search of riches and, of course, women.

The adopted daughter of Thanos (more on him below), Gamora, played by Zoe Saldana, is a deadly green-skinned assassin with a troubled past who seeks redemption for her past crimes.

Played by professional wrestler Dave Bautista, Drax is an imposing force who is on a warpath to avenge the deaths of his wife and daughter. The tattoos that cover his gargantuan body tell the story of his life.

On the other side of the size spectrum is Rocket, a genetically altered and cybernetically enhanced raccoon voiced by Bradley Cooper. Don’t let his size fool you though–he’s a bounty hunter and a mechanical genius with a penchant for blowing things up.

Vin Diesel voices Groot, a walking, talking tree-like creature that has the ability to grow itself into various forms at will. He is Rocket’s bounty hunter partner and cellulose strongman. Groot’s vocabulary, however, in Hodor-like fashion, is limited to only three words: “I am Groot.”

The Nova Corps is the military/police force that protects the planet Xandar. It boasts a considerable amount of corpsmen within its ranks, ranging from the rank-and-file Corpsman Dey, played by John C. Reilly, to their leader Nova Prime, played by Glenn Close.

The blue-skinned alien Yondu, played by Michael Rooker, is the leader of a ragtag band of intergalactic bandits called Ravagers. He’s a surrogate father to Quill and carries around a deadly arrow that he can control by whistling. In short, don’t mess with the ‘du.

First seen in the Thor: The Dark World post-credit scene, The Collector, played by Benicio Del Toro, makes an appearance in Guardians. The Collector, as his nom de guerre implies, is literally an intergalactic hoarder. He maintains the largest collection of species and relics in the galaxy, but always has room for one more.

Ronan, played by Lee Pace, is a fanatical member of the Kree race. Despite a peace treaty between the Kree and the Xandarians, he continues to fight a one-man war against his people’s ancient foe, vowing at nothing short of the complete annihilation of Xandar.

If you stuck around for the post-credit scene in The Avengers, you would have been treated to a glimpse of Thanos, the purple-skinned alien baddy that was behind Loki’s mayhem in the movie. Thanos is a supervillain with enough power to destroy worlds and subjugate countless more. Voiced by Josh Brolin, Thanos makes an appearance in Guardians of the Galaxy in a not-so-subtle foreshadowing of what awaits the future of the Marvel Cinematic Universe.

Guardians of the Galaxy is out in theaters on August 1, 2014. 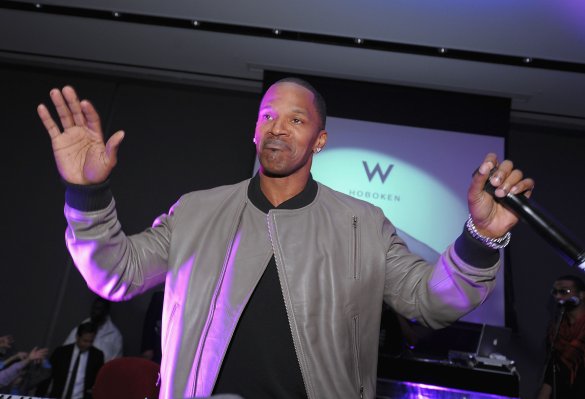