You Asked: Is Sunscreen Safe — and Do I Really Need It Daily?

Google sunscreen and toxic and see what you find. Claims that titanium dioxide is hazardous? Claims that you need vitamin D, and a little unprotected sun can give you that? Claims that chemical sunscreen can turn boy fish into girl fish? Let’s settle this for once and … for now, at least.

First thing’s first. There are two kinds of sun blockers — the physical kind, like zinc and titanium dioxide, and the chemical kind, like oxybenzone and its many cousins. They work in vastly different ways, the former blocking or “scattering” the sun’s rays (literally), and the latter causing a chemical reaction that is said to prevent damage from the sun’s UVA and UVB rays.

Start looking into it and two topics tend to come up again and again. The first surrounds titanium dioxide or zinc oxide — but only in their nanoparticle form — which means ultra-fine specs of material used in sunscreens to block or “scatter” the sun’s rays. Some scientists have voiced concern that nanoparticles may be small enough to slip past your skin’s defense barriers and into your bloodstream. Those concerns have grown louder since a recent study — albeit in rodents — found that mice injected with titanium dioxide nanoparticles developed inflammation, a marker of cell distress that has been linked to lots of terrible things that happen in the body, including aging — and cancer.

These concerns do not extend to sunscreens that contain titanium dioxide and zinc in non-nano form—although those are becoming harder to find.

The second source of concern involves other nonnano sunscreen chemicals, which work by absorbing the sun’s ultraviolet radiation as opposed to reflecting it. More animal studies have hinted at ways in which some of these chemicals could cause damage to a person’s endocrine — hormone — system. That’s the worrisome news and if you want to avoid risk, many experts contend, you are better off with nonnanoparticle forms of the physical sun blockers.

The good news: there just isn’t much hard data showing that applying these chemical sunscreens to your skin can lead to health problems, says Dr. Henry W. Lim, chairman of the Dermatology Department at Henry Ford Health System in Detroit.

Lim points out that many of the animal studies at the root of sunscreen concerns involve injecting or inhaling the chemicals, not rubbing them on your skin. “As of today there are no recorded health issues associated with sunscreen’s proper use,” he says.

But, in almost the same breath, Lim says there may still be reasons to worry about sunscreen. Specifically, he says spray-on sunscreens could present some unique dangers. That’s because, unlike lotions spread on the skin, spray-ons can be inhaled. “That could lead to very different types of risks not associated with creams,” he says, adding that the FDA is in the process of investigating the potential dangers of spray-on products. (The FDA is also, after much delay and pressure, investigating the introduction of new sunscreen ingredients that have been on the market in Europe for some time. Stay tuned for more on the bill that could change that.)

Looking past the possible dangers of sunscreen use, the benefits are far less nebulous: 1 in 3 cancers diagnosed worldwide is a skin cancer, according to the American Cancer Society. And up to 95% of malignant melanomas are caused by excessive sun damage, found research from the International Agency for Research on Cancer. “The risks associated with sun exposure are well mapped and well understood, and we have proof that using sunscreen lowers these risks,” Lim stresses.

“Sunburns are bad. There’s just no way around it,” says Kerry M. Hanson, a chemist at the University of California, Riverside, who has studied sunscreens extensively and has also worked with sunscreen manufacturers. “Protecting oneself from sunburn is critical to prevent skin cancers later in life,” she says. And to protect against sunburn, Hanson says sunscreen is proved to be effective — if it’s applied properly.

A recent study from the University of Queensland in Australia found people who followed proper sunscreen-application practices on a daily basis developed roughly 50% fewer melanomas than those who were left alone to use (or not use) sunscreen as they saw fit. Similar research efforts have uncovered proof of sunscreen’s effectiveness at blocking the development of squamous-cell and basal-cell cancers as well.

Unfortunately, Lim says many people don’t rub on nearly enough of the stuff to protect themselves. You need to spread on 1 oz. — or about the amount that would fill a shot glass — to safeguard your whole body for just a couple hours, he says. And that’s assuming you’re not sweating or swimming, in which case you need to apply more frequently.

In the end, he says the greatest danger of sunscreen may be that it provides people with a false sense of security against the sun’s dangers. “Just because you rub some on in the morning doesn’t mean you’re safe spending all day in the sun,” he says. 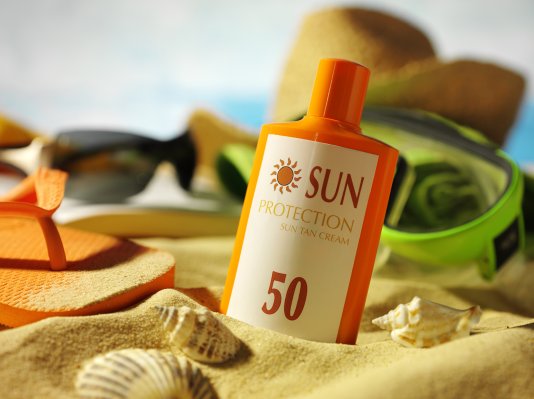