In a key decision that could pave the way to unionization for thousands of fast food workers, the National Labor Relations Board ruled Tuesday that McDonald’s is jointly responsible for employees’ treatment by the brand’s franchise owners.

McDonald’s has long held that it isn’t liable for the treatment of its employees at the approximately 90% of its 14,000 restaurants that are owned by franchisees. But the recent decision could make McDonald’s liable for the labor practices of thousands of independent operators at its locations, and where employees have claimed they were fired for trying to unionize.

The NLRB said in a statement that of the 181 complaints involving McDonald’s since November 2012, McDonald’s will be named as a joint respondent in 43 of them, making it responsible for actions taken at thousands of its restaurants.

Labor organizers have long argued that McDonald’s should be held accountable as a joint employer because it controls menus, uniforms, supplies and many other terms of operations. The New York Times reports that in the past McDonald’s has urged franchises to lower wages.

“McDonald’s can try to hide behind its franchisees, but today’s determination by the NLRB shows there’s no two ways about it: The Golden Arches is an employer, plain and simple,” Micah Wissinger, an attorney at Levy Ratner who brought the case on behalf of McDonald’s workers in New York City, said in a statement.

The International Franchise Association criticized the decision, saying it could hurt the franchise business model and jeopardize jobs in the fast food industry.

“If franchisors are joint employers with their franchisees, these thousands of small business owners would lose control of the operations and equity they worked so hard to build,” Steve Caldeira, CEO of IFA in a statement. “The jobs of millions of workers would be placed in jeopardy and the value of the businesses that employ them would be deflated.”

The mean hourly wage at restaurants as of mid-last year was $8.74, according to the Bureau of Labor Statistics. Fast food workers have been calling in recent months for the right to form a union without retaliation and $15 hourly wages.

Other chains, including KFC, Pizza Hut, Burger King and Taco have a franchise model similar to McDonald’s.

McDonald’s said in a memo to its franchisees that it believes there is “no legal or factual basis for such a finding” and that it is appealing the decision, the Wall Street Journal reports. 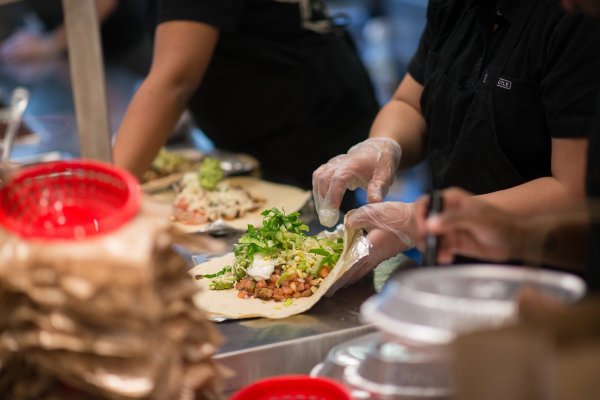 CMO: Chipotle's Successful Because It's Been 'Very Consistent'
Next Up: Editor's Pick