In this handout frm the White House, U.S. President Barack Obama talks on the phone with Israeli Prime Minister Benjamin Netanyahu from the Oval Office September 28, 2012 in Washigton, DC.
The White House—Getty Images
By Dan Kedmey

“Neither reports nor alleged transcript bear any resemblance to reality,” read a tweet from the President’s National Security Council.

The transcript surfaced on a broadcast by Israel’s Channel 1 which claimed to capture an oddly stilted exchange between the two leaders, in which Obama repeatedly insisted on a cease-fire over the objections of Netanyahu. 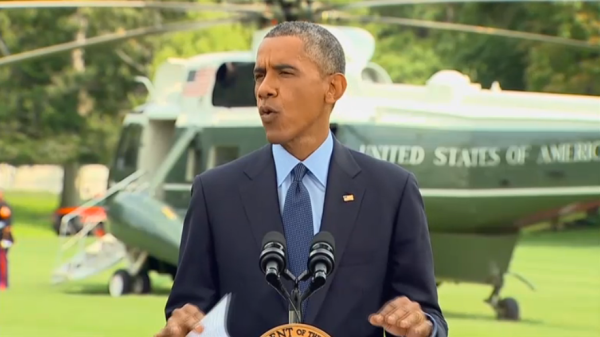 'Not a New Cold War'
Next Up: Editor's Pick