Poll: Most Americans Want to Shelter, Not Deport, Migrant Children

Roughly seven in 10 Americans would prefer to see unaccompanied migrant children in the U.S. treated as refugees rather than illegal immigrants who should face immediate deportation, according to a new survey released Tuesday.

The findings, released by the Public Religion Research Institute, show that only one-quarter of Americans expressed support for immediate deportation of the migrant children, while 70% preferred temporary shelter along with the option of permanent residency for any child whose safety is threatened back home.

Support for temporary shelter and possible refugee status crossed party lines somewhat, with 80% of Democrats and 57% of Republicans favoring the option over immediate deportation.

The results come as the White House promised last week to stanch the flow of unaccompanied children across the southern border, while bills to address the issue are working their way through Congress. The Obama administration estimates some 90,000 migrant children from Central America will attempt to cross the U.S. border this year. Some 57,000 unaccompanied minors, meanwhile, have been picked up by law enforcement at the United States’ southern border since October. 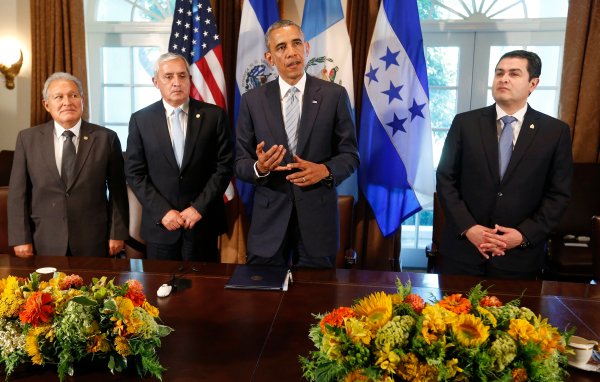 Obama: Non-Refugee Migrant Kids Will Be Sent Back
Next Up: Editor's Pick