U.S. Secretary of State John Kerry threatened to impose wider sanctions on Russia in a Tuesday press conference, arguing that Russian officials had “not shown a shred of evidence” that they want to de-escalate the ongoing conflict in Ukraine.

Kerry accused Russia of continuing to ship arms, funds and personnel into eastern Ukraine even after the downing of Malaysia Airlines Flight 17. If Russia failed to reign in its separatist allies, “we and our European partners will take additional measures and impose wider sanctions on key sections of the Russian economy,” Kerry said during a Washington, D.C. appearance alongside Ukraine Foreign Minister Pavlo Klimkin.

The announcement echoed a warning from the White House on Monday that the United States and European Union were prepared to tighten sanctions over key sectors of the Russian economy.

Kerry also blasted separatists militias for blocking international investigators’ access to the MH17 crash site and failing to return victims’ remains and belongings to their families. Kerry urged Russia to intervene, calling the behavior “an appalling disregard for human decency.” 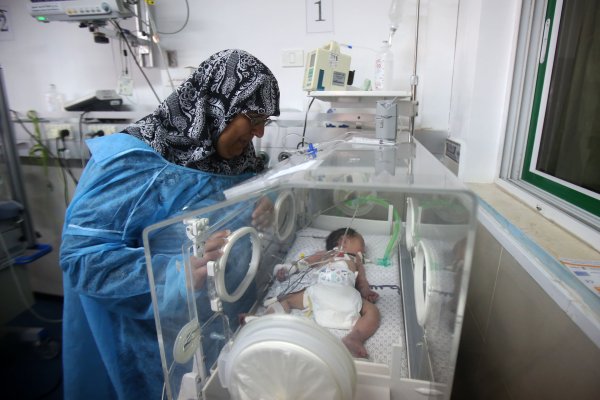 Doctors Save Unborn Child of Pregnant Woman Killed in Gaza
Next Up: Editor's Pick