The White House will host more than 40 African heads of state for a three-day U.S.-Africa Leaders Summit next week, the first event of its kind and the largest such event any U.S. president has held with African governments. Some 200 African and U.S. CEOs are invited, and numerous faith leaders will gather to discuss their role in advancing development. To mark the historic event, LGBT advocates have issued a report on the state of LGBT rights in Africa. Their conclusion? It ain’t good.

The Human Rights Campaign Foundation and Human Rights First report contains some stark numbers. A total of 37 African nations currently criminalize same-sex relationships. Four countries—Mauritania, Nigeria, Somalia and Sudan—allow for the death penalty against LGBT people in parts or in all of the country. Cameroon arrests more people based on their sexual orientation than any other country in the world. Ghana treats same-sex relationships as a misdemeanor punishable by up to three years in prison. In Kenya, the sentence is up to 14 years. Only one country, South Africa, grants full marriage equality to LGBT citizens.

The U.S.—Africa summit, these advocates argue, is the perfect time for the White House to stand up for LGBT rights on the continent. Voices for equality on the ground deserve U.S. support, they say, and the U.S. should help create the political environment to ensure human rights are respected.

“The United States should demonstrate its firm commitment to upholding the fundamental principle that LGBT rights are human rights,” Ty Cobb, director of global engagement at the Human Rights Campaign, says. “This includes making clear that the United States will be a champion of LGBT rights abroad, and that we will not tolerate efforts to enact state-sanctioned discrimination against LGBT people in any country.”

The authors of the report aren’t alone. Representatives from the Council for Global Equality, Advocates for Youth, Amnesty International, GLAAD, and a dozen other organizations wrote a letter to President Barack Obama on July 25 urging “particular attention” at the summit to the rights of the next generation of LGBT Africans.

“We are confident that with your support, and the robust contribution of civil society, the summit will provide a unique opportunity to emphasize that LGBT and other marginalized communities suffer disproportionately from governance deficits, and that too many governments scapegoat LGBT individuals to distract public attention away from those structural failures,” they wrote. “The economic themes of the conference also provide an opportunity to emphasize that homophobia, transphobia and related forms of intolerance have economic costs, including to the trade and investment environments in emerging markets.”

Activists also note that the moment has particular importance as some African countries are taking more steps toward equality. “There are reports that Malawi will stop arresting LGBT people and review its laws,” Shawn Gaylord, advocacy counsel for Human Rights First, explains. “A move to pass new anti-gay legislation (and hold a massive anti-gay rally) was stalled in Ethiopia this year. Two young men were just acquitted in Cameroon. It’s too early to say if this is part of a larger trend or just a few independent rays of hope but it’s a trend we should watch and support.”

The Obama administration has already reacted to anti-LGBT legislation in Africa. Last month, the White House increased sanctions against Uganda for its anti-gay law signed in February, which made certain homosexual acts punishable by life imprisonment. The summit will give the president an opportunity to make the case in person, if he chooses. Ugandan president Yoweri Museveni is slated to attend, as is Nigerian president Goodluck Jonathan, who also signed an anti-homosexuality law this year.

“This summit is a unique opportunity to tell the story of how our nation and every nation grows stronger and more prosperous when all citizens—including LGBT people—are accepted by society and provided equal treatment under the law,” Cobb says. “Every citizen must be empowered to reach their maximum potential, and we should urge these nations to reject laws, policies, and practices that discriminate against LGBT people.”

National Security Council spokesperson Ned Price tells TIME that LGBT equality in Africa will be on the table at the summit. “The Obama Administration has long spoken out—including with our African partners—in support of universal human rights and fundamental freedoms for all, including lesbian, gay, bisexual, and transgender individuals,” he says. “We expect the Summit will provide an opportunity to continue these conversations.” 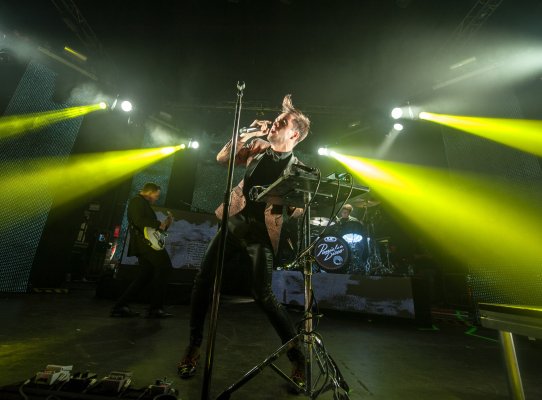 Panic! at the Disco Turns Westboro Protest into an HRC Fundraiser
Next Up: Editor's Pick