Outer Space Is the Best Place to Be For Young Actresses

Look over Zoe Saldana’s IMDB page and a pattern begins to emerge: the actress stars in Star Trek, Avatar and Guardians of the Galaxy—all science-fiction franchises, the latter two of which paint her a different skin color (blue and green, respectively). No other actor can lay claim to roles in so many simultaneous big-budget sci-fi flicks, so why is Saldana playing an alien (or space traveler) over and over again? In some ways the answer is obvious: her movies have grossed over $5 billion.

But there’s another reason Saldana says she carved out the niché for herself: things are just better for women in space.

Hollywood’s woman problem is well-documented: researchers at San Diego State University found that women made up just 15% of protagonists, 29% of major characters and 30% of all speaking characters in movies last year.

And it’s even harder for women of color to make themselves bankable movie stars. (Zaldana’s mother was Puerto Rican and her father was from the Dominican Republic.) Only six of the top 500 box office films of all-time feature a protagonist who is a woman of color, according to the Representation Project. What’s worse: none of those films were in the top 200 grossing films of all-time, and the top five movies starring women of color are all animated—Pocahontas, Mulan, Spirited Away, Lilo & Stitch and The Princess and the Frog.

But sci-fi has historically been a particularly ripe area for marginalized groups, including women and minorities. The original Star Trek broke social ground by taking on issues of race and gender through the guise of alien diplomacy, and perhaps the most iconic kick-ass woman in movie history—Sigourney Weaver’s Ellen Ripley—was the protagonist in the Alien movies.

Saldana has her own explanation for gravitating toward science fiction: “You know why? Because the people we discriminate against in sci-fi movies are the aliens. We make them the villains,” she told The Hollywood Reporter. “We have to make somebody bad.”

“Eighty percent of what’s out there is told through the point of view of a male,” she continued. “I can sit down with so many filmmakers for so many projects and play so many actors’ girlfriends or wives. But in sci-fi, I can play Gamora.” For the uninitiated, Gamora is the alien criminal-turned-assassin from Guardians with superhuman strength.

Saldana’s not a one-trick pony: her resume also includes Rosemary in the NBC TV series remake of Rosemary’s Baby, a ballerina in Center Stage (she trained as a dancer growing up) and Nina Simone in the upcoming biopic Nina. But sci-fi is her bread and butter, and it doesn’t look like she’ll be leaving behind the bright colored body paint anytime soon: she’s booked to star in the third Star Trek film, a second Guardians movie and three more Avatar sequels.

Science fiction does seem to be an increasingly ripe genre for women. Just look at such that category of movies from the past year: The Hunger Games, Divergent and Lucy all gave top billing to women. (You could arguably include Gravity on that list.) Star Trek Into Darkness, X-Men: Days of Future Past, Edge of Tomorrow, Snowpiercer and Guardians of the Galaxy also featured robust female parts. Even Gwyneth Paltrow got to kick butt at the end of Iron Man 3.

And those fantasy movies starring women have been a huge success at the box office. The Hunger Games: Catching Fire grossed over $424.6 million, Gravity $274 million and last weekend, Lucy exceeded box office analysts’ expectations by about $10 million, grossing $43.8 million so far. It’s no fluke: studies have shown that movies with strong female roles make more money.

So if an actress is going to get typecast, it might as well be as a sci-fi hero. It’s a lucrative business. 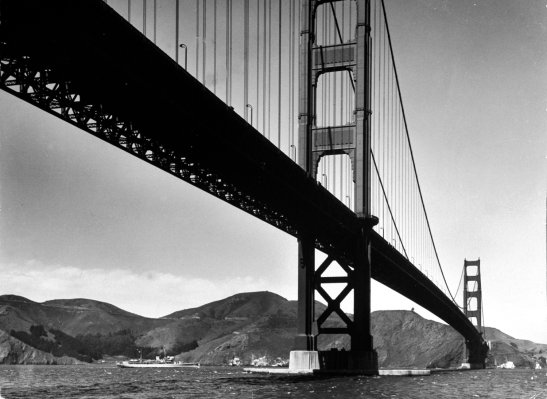 LIFE in a Great City: San Francisco
Next Up: Editor's Pick