I’ve never seen an episode of The Bachelorette. The editors at TIME have been sending me into extremely unfamiliar territory of late and I’ve been instructed to watch and write about the season finale of the show. So I arranged to go to the home of a friend who is hosting a season finale party for the roughly dozen women in her fantasy Bachelorette league (which is a thing, so there you have it—we’re already breaking ground in this investigation).

Once more unto the breach.

Before we begin, this is what I know about The Bachelorette: a group of bachelors compete through feats of strength, wit and charm for the affections of a bachelorette, who confers her approval by giving the winner a rose. There’s a companion show called The Bachelor. In the season finale of this show, I think, two men enter the competition and one leaves the victor—I’ve seen Mad Max Beyond Thunderdome so I have some background in that regard.

What follows is an abridged play-by-play.

“In tonight’s Bachelorette you won’t believe what will happen…both men say they’re in love with her…. “ The woman on screen is in tears, presumably indicating that she’s sad to have to choose one guy over the other. Surely this can’t be because she’s contractually obligated to marry one of them. We’re drinking Rosé (which I don’t like but when in Rome) and the ladies have declared with impressive conviction that we hate Nick and we want Josh to win. Josh is a jock and they both suck but Josh sucks less because Nick is manipulative. We like her dress.

There’s an exceptional raspberry/jalapeño-jelly drizzled cheese plate, among other awesome snacks. Impressed. Now everyone is being served individual salads! On little plates with metal forks! This is living.

I’ve just learned that the Bachelorette, whose name is Andi, age 26ish, gave up a law career “in order to find love.” This plot point for a reality television show is unsettling to me, for obvious reasons. My co-watchers seem to share my feelings and nonetheless enjoy the spectacle. Also I just remembered this is two hours long.

Scandal! I misunderstood an earlier conversation and there is division about who we want to win—a roughly even split between Josh and Nick.

What kind of career is “former pro baseball player”? That is not a job.

Josh: “I have no thoughts.” You said it, brother.

I’m watching a game show in which actual humans are purporting to live out an early-stage romance on camera, with a soundtrack, as though at the end of the show they ride off into the sunset and live happily ever after. This show is unspeakably bizarre and I’m clearly feeling invested in its outcome. Deeply unsettling.

Josh just gave her a baseball card with her name rendered as “Andi Murray.” MURRAY IS HIS LAST NAME. She likes it, which is almost as weird.

Andi is the real star here. This is masterful—and terrifying, in a way, to the extent that this “acting” ability, if you can call it that, exists in other humans.

She keeps saying the same things to and about both of these dudes. Also everything is the most hardest last thing that will ever happen to anyone for the rest of everyone’s life.

I switched to beer under duress.

This feels like watching a sporting event filled entirely by halftime interviews.

Exceptional banana pudding just came out at the party.

Andi just came to break up with Nick. We know this because of everything about the situation but also because of the haunting heavy drama music that accompanied her walking in the room.

Is this real? I feel like these people just “broke up” to whatever weird extent that event can happen in this context and they need to hug and carry on with their lives but they’re stuck in the room because some hellfire producer is pointing a gun at them. Now Nick is mad at Andi. He has flipped the script and is accusing her of leading him on, basically, and of crossing him somehow by not liking him back, and possibly, if any of this is real, he is a sociopath. ANDI. RUN.

Victory dance by the fantasy league pool winner who is $100 richer.

There’s an important post-game show called “After the Final Rose.” Nick is sad and pathetic and leaning dangerously into real-life creep territory with all this talk of how Andi led him on.

Fellow watcher Christa: “Is this taking advantage of someone that’s a little on the verge?”

Fellow watcher Emi: “I think that’s what this whole show is about.”

Nick keeps saying things like, “She kept giving me so many reasons to be confident.” The normalization of stalkerness is legitimately troubling.

I just learned these people just met each other several weeks ago. None of this is real. I’m getting another beer. We’re done here.

Read more on The Bachelorette: 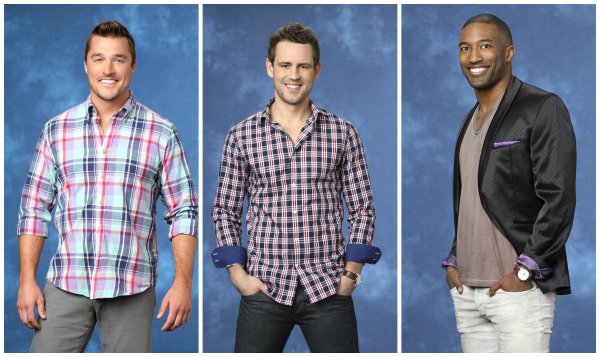 Who Will Be the Next <em>Bachelor</em>: Nick V., Farmer Chris or Grumpy Cat?
Next Up: Editor's Pick