Russia is violating a treaty that bans medium-range missiles, the U.S. has stated, adding further tension to a relationship already strained by Moscow’s backing of separatists in Ukraine.

“This is a very serious matter which we have attempted to address with Russia for some time now,” an Administration official tells TIME. “We encourage Russia to return to compliance with its obligations under the treaty and to eliminate any prohibited items in a verifiable manner.”

The 1987 Intermediate-Range Nuclear Forces Treaty prohibits the possession, production or flight test of ground-launched cruise missiles with a range capability of 500 to 5,500 km. The Obama Administration raised concerns with its NATO allies in January that Russia had tested a new ground-launched cruise missile. However, the State Department’s upcoming annual report on international compliance with arms control agreements will be the first time these allegations will be made public.

“This treaty contributes to the security of our allies and to regional security in Europe and in the Far East,” added the official.

The official said that Russia had been notified of Washington’s determination to bring them back into compliance with the treaty obligations, and that the U.S. is prepared to immediately discuss the matter in a senior-level bilateral dialogue.

“The United States will, of course, consult with allies on this matter to take into account the impact of this Russian violation on our collective security if Russia does not return to compliance.” 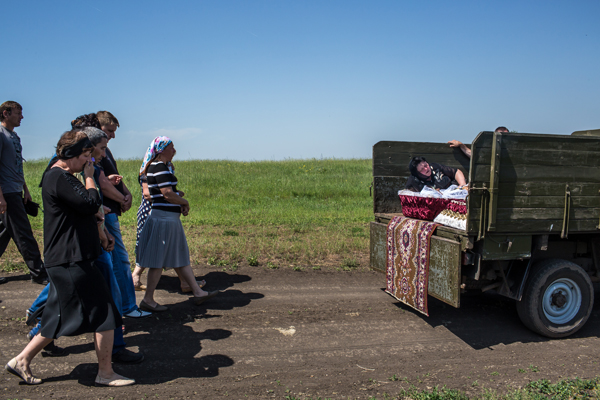