Here's What Happened When I Tried a Children's Weight-Loss App

I’m seeing red everywhere—not because I have an anger management problem but because I’ve been using Kurbo, a new app designed to help kids lose weight. And as with many things aimed at children (See: remote control cars, trampolines, songs from Frozen), adults may find themselves loving the app, too.

Kurbo is built on a “traffic light” program that has roots in research conducted decades ago, and which the founders licensed from Stanford University. Here’s how it works: Foods packed with calories, whether an ice cream sundae or bagel, are classified as red-light. Foods that you should approach with caution, like pasta and whole wheat bread, are yellow. And the go-crazy-have-all-you-want things, like broccoli or mushrooms, are green.

Kids are instructed to log everything they eat in terms of portions—and a portion, a welcome video explains, is generally the size of their fist (or open palm if the food is flat like a pizza). Users are given an automatically generated budget of reds they can have each day, and that budget can quickly become a backdrop in your mind that affects decisions you weren’t thinking much about before.

Once I found out that each slice of sourdough bread was a red and whole wheat was yellow, I started choosing wheat for my sandwiches—because the difference, one I knew about but brushed off before, was hardly worth two of my precious reds. I didn’t pick at a bowl of olives at a restaurant this past weekend, something I usually wouldn’t have even registered, because I wanted to spend that red on a beer. I can no longer justify the guacamole by telling myself that avocados are full of “good fat,” because good or bad, those babies are red. Nuts? Red. Cheese? Red. Light cheese? Beautiful yellow. (Nota bene: Eating more than two servings of any yellow in a single sitting also starts counting as a red.) There is no calorie counting or quibbling.

The downside of being so simple is that the app is inevitably reductive. If you just have a few bacon bits on a salad, you might not have a whole portion, and there’s no way to log that—and almost any nutritionist worth their salt would agree that some of the “red” foods, like the aforementioned avocados I’m suddenly abstaining from, are healthy in moderation. Also, many foods are nowhere to be found in the app’s limited (though expanding) catalog. Expecting kids to break down a dish of beef and broccoli from the local Chinese joint into individual components—when it’s unclear what those components actually are beyond beef and broccoli—is unrealistic. And while foods like nuts and even cheese are high when it comes to energy density, they have good qualities, too.

That said, the simplicity had its benefits. I found, for instance, that because I wanted to be confident in my color-logging, I’d opt for foods like a salad for which I chose the ingredients instead of one that was prepackaged. “It’s a very important behavioral principle: If you can’t count it, you can’t keep track of it, and if you can’t keep track of it, you can’t change it,” says Tom Robinson, professor of pediatrics at Stanford and director of the university’s Center for Healthy Weight. People are generally lousy at counting calories, he says, and the calorie count on a menu might be far from what actually shows up on your plate. “If you’re trying to get from 40 to 35 red lights a week,” he says, “you’re going to be focusing more on the overall choices you’re making.”

Kurbo co-founder Joanna Strober conceived of the app when she was trying to help her son to lose weight. As they visited doctors, she found they had no tools that would fit naturally into his daily life. “Okay, your child is overweight. But what do you do next?” she says. One thing she did was discover Stanford’s program for treating childhood obesity, which has a solid track record but is only available to a couple hundred families per year for a hefty sum ($3,500 for six months of weekly visits). She also found that apps marketed to the 18-and-older crowd had proved effective. So Strober tried to take every element from Stanford that she could and pack it into the Kurbo app for kids, with the help of $5.8 million in venture capital funding, making a similar system more available to the masses.

For $10 per month, a whole family gets access to the app, which comes with virtual coaching, automated notifications that nudge users to log more regularly or congratulate them for staying within their budget of reds. For $75 per month, one person in the family also gets a weekly call from a nutritional coach, some of whom have come from the Stanford program. And if that price point still sounds high, don’t despair: The company is currently in talks with insurance companies about getting coverage for usage of the app. (For the whole family to get access, users need to sign up through Kurbo’s website; an Apple app is available now, an Android app is expected in September.)

Through the Stanford program, more than 80% of kids reduce the percentage that they’re overweight, and more than 75% of overweight parents lose weight, too. In Kurbo’s beta program, which included kids ages 8 to 18, more than 85% of participants reduced their body mass index over 10 weeks.

One of the beta users was Tiana Lepera, a 14-year-old from Ogdensburg, NJ. She’s lost 10 lbs. since she starting seeing the world in red, yellow and green. “Even when we go to restaurants, we know that certain foods would be red lights, yellow lights and green lights,” she says. “If I don’t eat the bread that will be one less red light. You always think about it. It changes the way you’re thinking about food.” Her mom has meanwhile lost 29 lbs. and gone off blood pressure medication she’s had to take for the past 14 years. “Everything,” Keshia says, “corresponds to how many red lights you eat.” 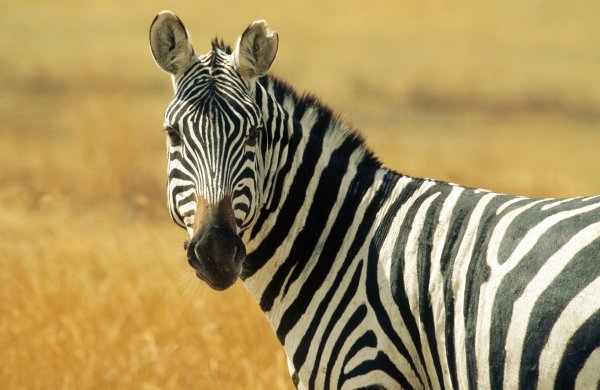 Zebra: The New Red Meat
Next Up: Editor's Pick