This year’s Comic-Con International in San Diego was truly a celebration of all things comics, all things superheros and, perhaps above all, all things beautifully weird. For many, one of the best parts of the festival is seeing the endlessly creative cosplay (short for costume play) — and while we usually think of humans participating in that, plenty of dogs got in on the fun too. Here are some of our favorite canine cosplayers:

And here, as a bonus gift to you, are two pooches from last year’s festival in San Diego — and one from Dublin:

A pomeranian dog dressed as Batman sits in a toy electric car outside Comic-Con 2013 on July 23, 2013, in San Diego.
George Rose—Getty Images
Beckham the dog sports a Superman costume during Comic Con on July 19, 2013 in San Diego.
Sandy Huffaker—Getty Images
Homer the Super Dog, one of the attendees at the Dubin Comic Con event at the National Show centre in Dublin on August 11, 2013.
Niall Carso—PA Wire/Press Association Images/AP
More Must-Read Stories From TIME 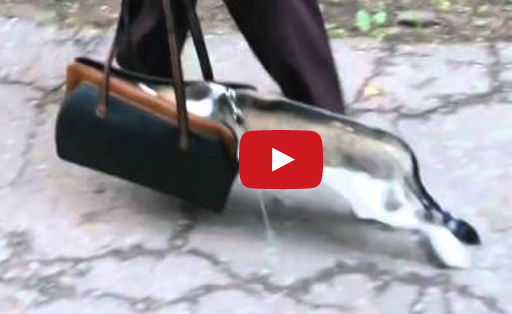 Scaredy Cat So Freaked By The Outdoors He Tries To Hide In Stranger's Bag [VIDEO]
Next Up: Editor's Pick