An endangered species just got a slight population boom. A live webcam in the Florida Keys captured the hatching of approximately 100 baby loggerhead sea turtles on Monday.

It is the first high-definition video to capture a sea turtle hatch, according to the U.S. Fish & Wildlife Service. The national service and Florida’s state service of the same name have undergone a string of efforts to ensure the proliferation of the turtles, which have been listed as a threatened species since 1978.

“It’s so important here in the Keys to protect these nests and these turtles,” said Harry Appel, president of the Save-a-Turtle organization based in Florida. “They’ve been around for millions, maybe hundreds of millions, of years.”

The baby turtles emerged on Friday night and, guided by dim moonlight, made their way to the nearby Atlantic Ocean, where they will spend their days.

The World's Most Endangered Freshwater Turtles and Tortoises 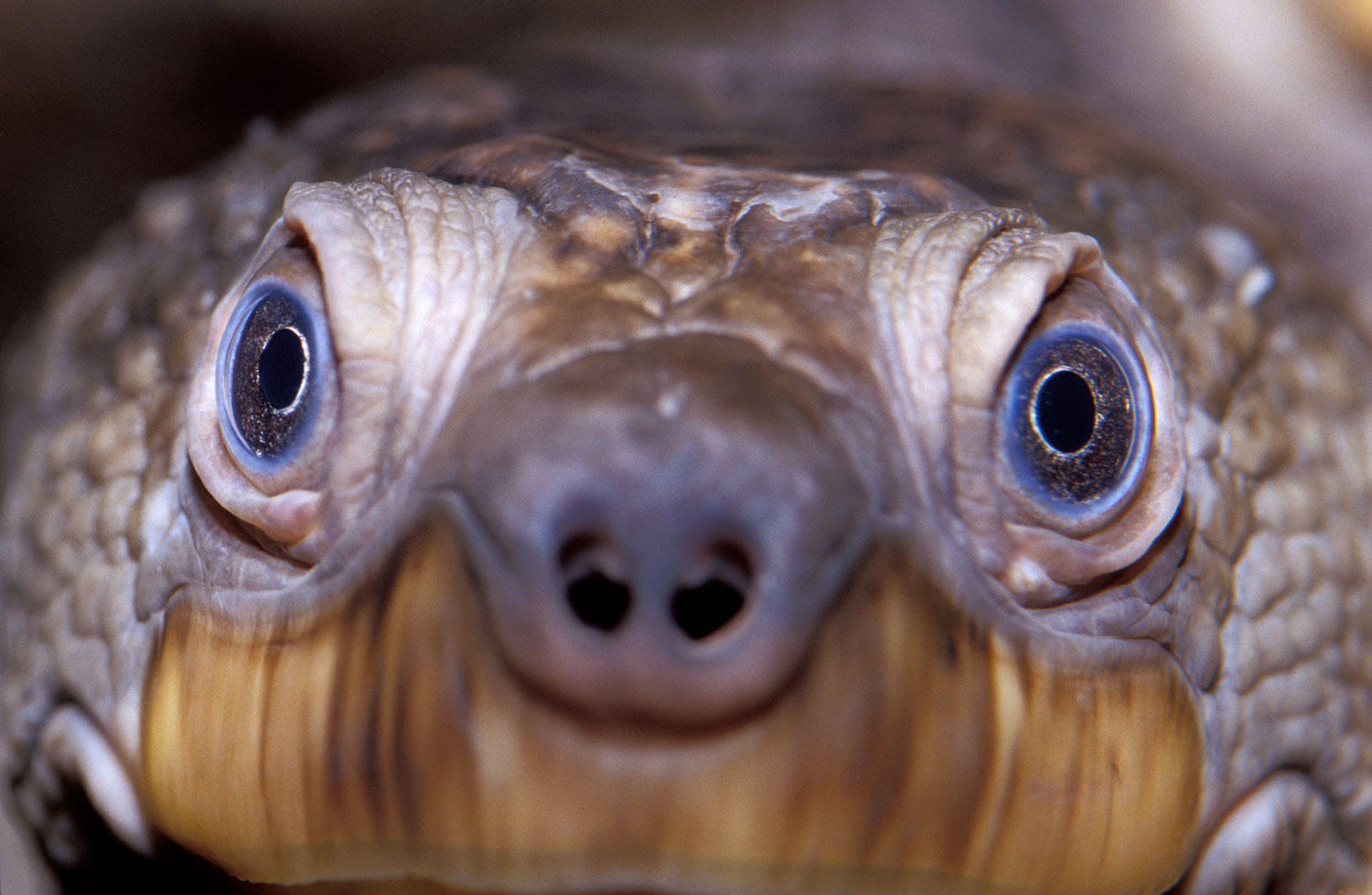 The Mary River turtle is found in Australia, and is relatively tiny. It's endangered, thanks in part to the pet trade—it's also known as the Pet Shop turtle.
Jason Edwards—National Geographic/Getty Images 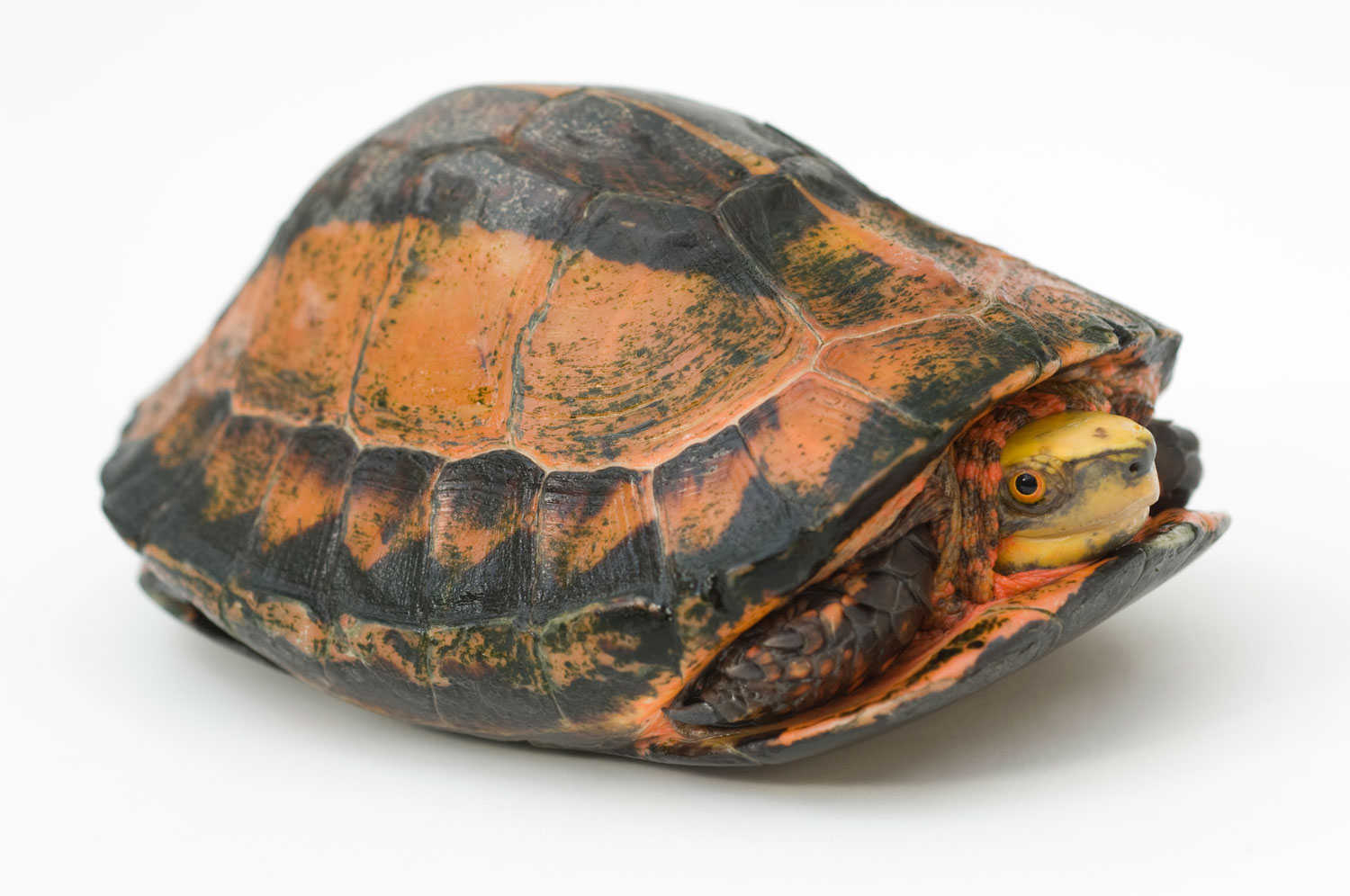 The small Indochinese box turtle is found throughout Southeast Asia, but it's hardly abundant. Like a number of its relatives, the box turtle is critically endangered.
Joel Sartore—National Geographic/Getty Images 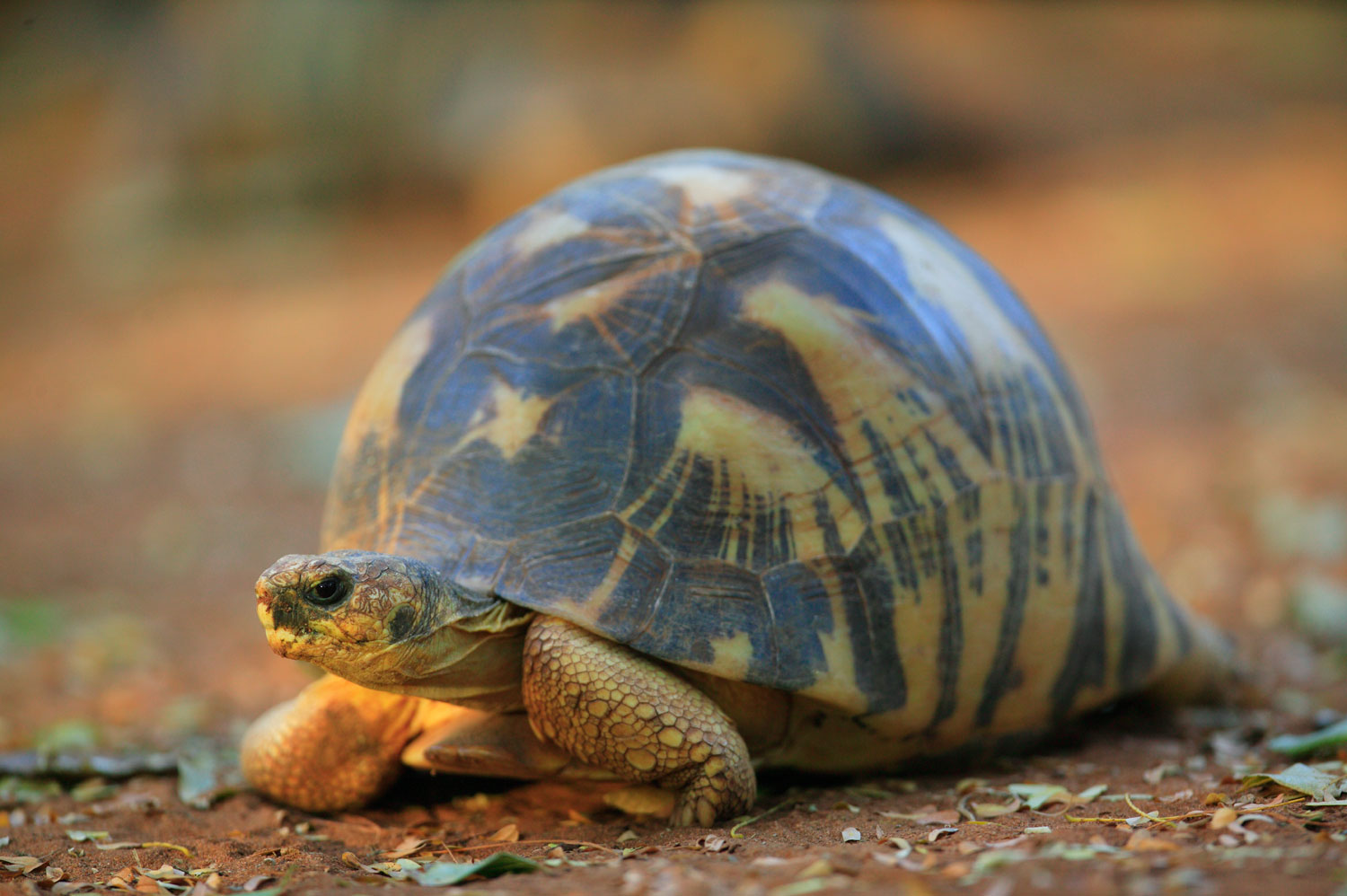 The radiated tortoise of Madagascar is so named for the pattern on its shell. They are now critically endangered.
Cyril Ruoso—JH Editorial/Minden Pictures/Corbis 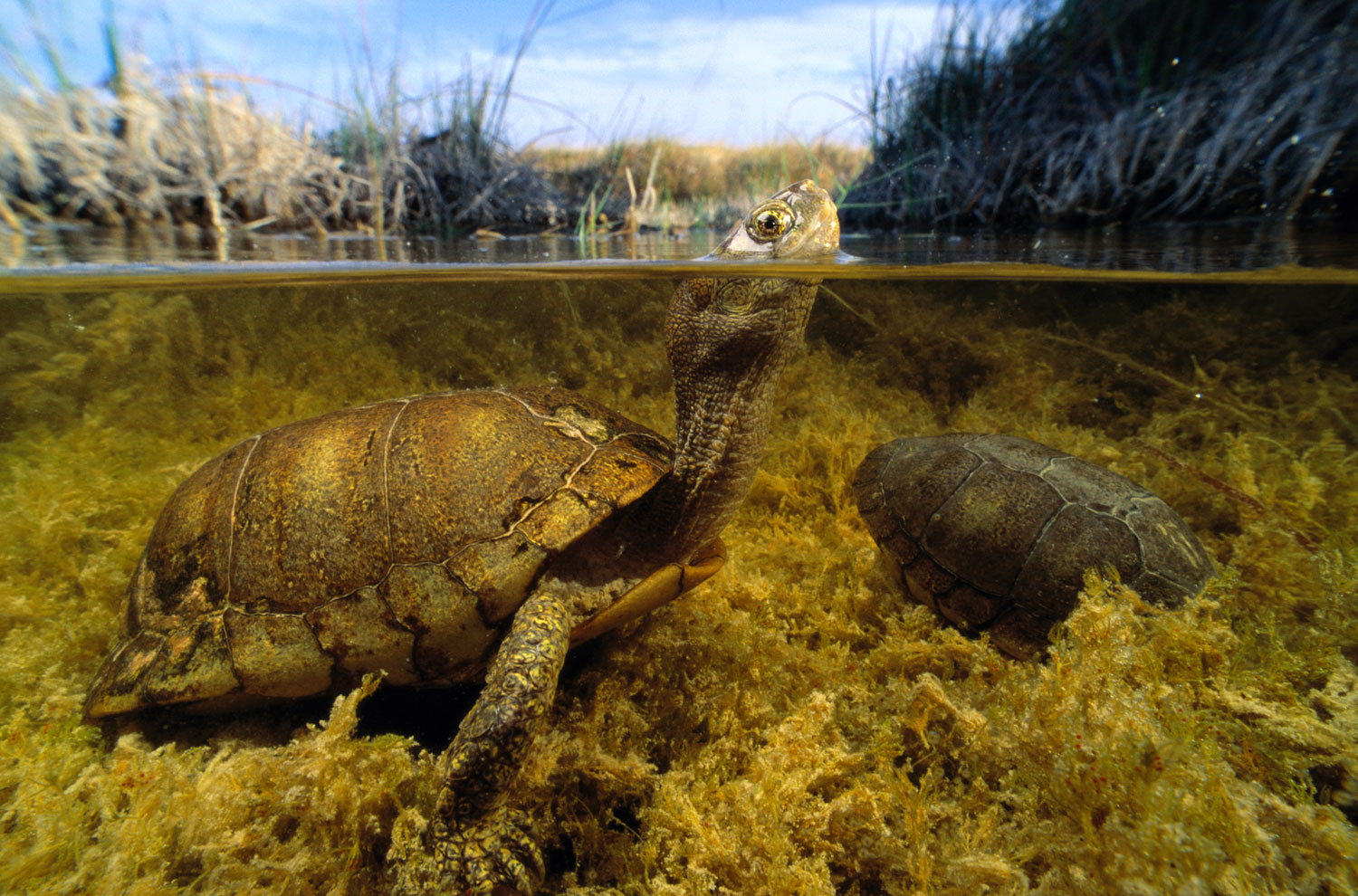 The Coahuilan box turtle is found in Mexico. It's endangered, which puts it in better stead than many other turtles and tortoises.
George Grall—National Geographic/Getty Images 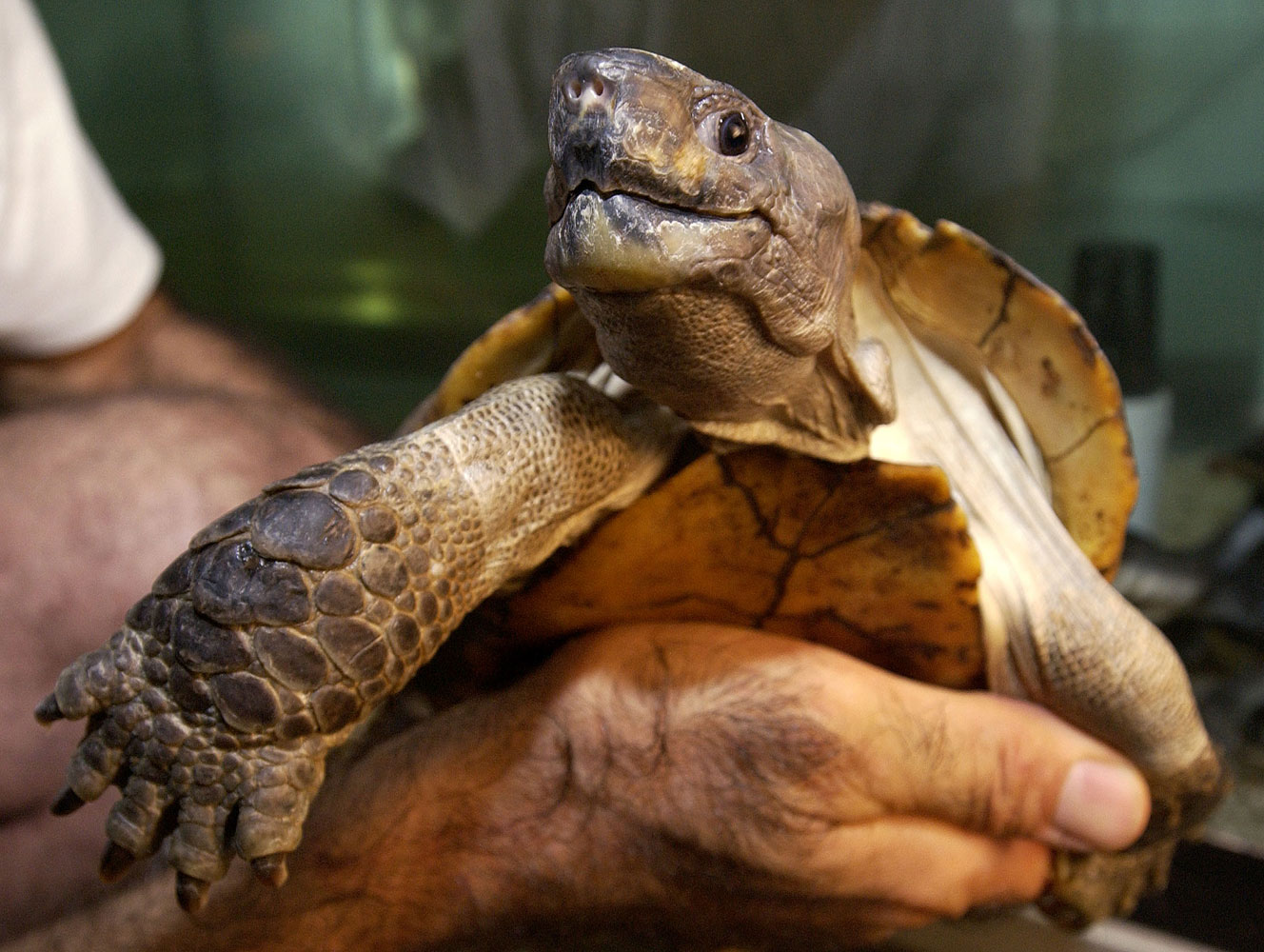 A very rare and endangered Heosemys depressa, also known as an Arakan forest turtle, is seen in New York. This is one of more than 1,000 endangered turtles that were saved from a loft in the city. Collectors are one of the biggest threats to endangered turtles and tortoises.
Reuters 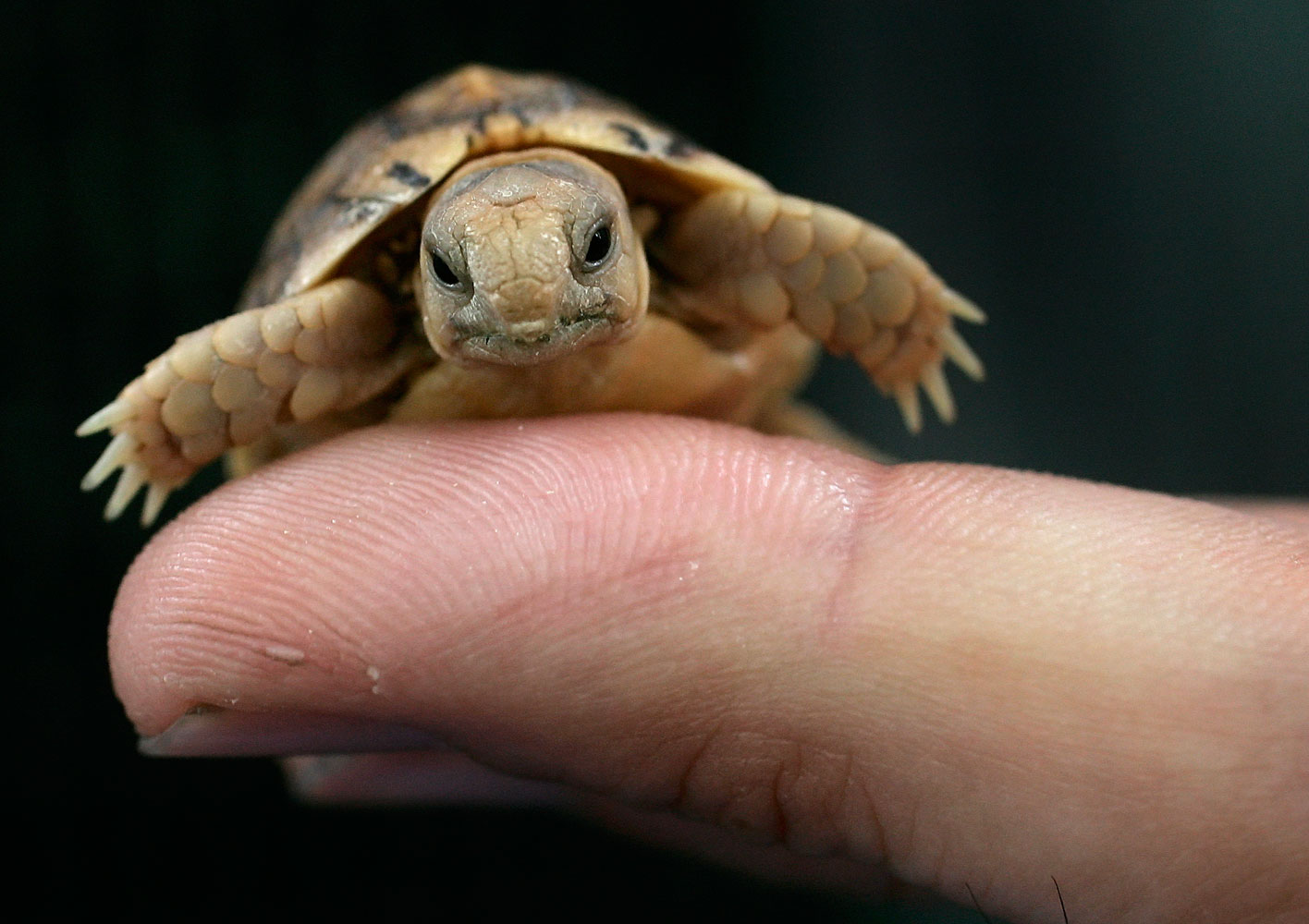 A worker in a zoo holds a tiny Testudo Kleinmanni hatchling. The endangered species is also known as the Egyptian tortoise, and was rescued from the suitcase of a smuggler found in Rome.
Tony Gentile—Reuters/Corbis 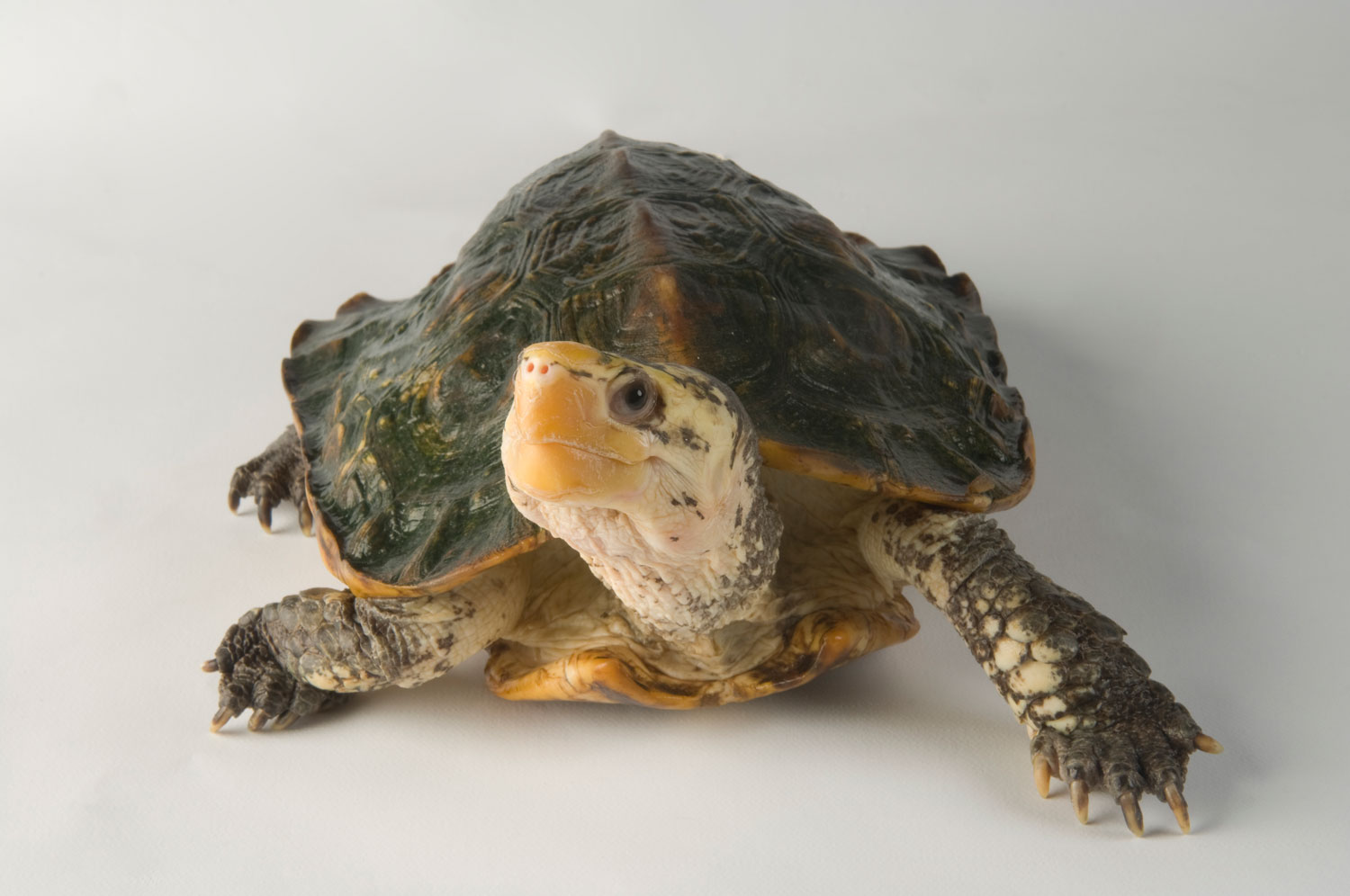 The Sulawesi forest turtle is critically endangered, with just a handful of turtles left living in its wild habitat of Indonesia.
Joel Sartore—National Geographic/Getty Images 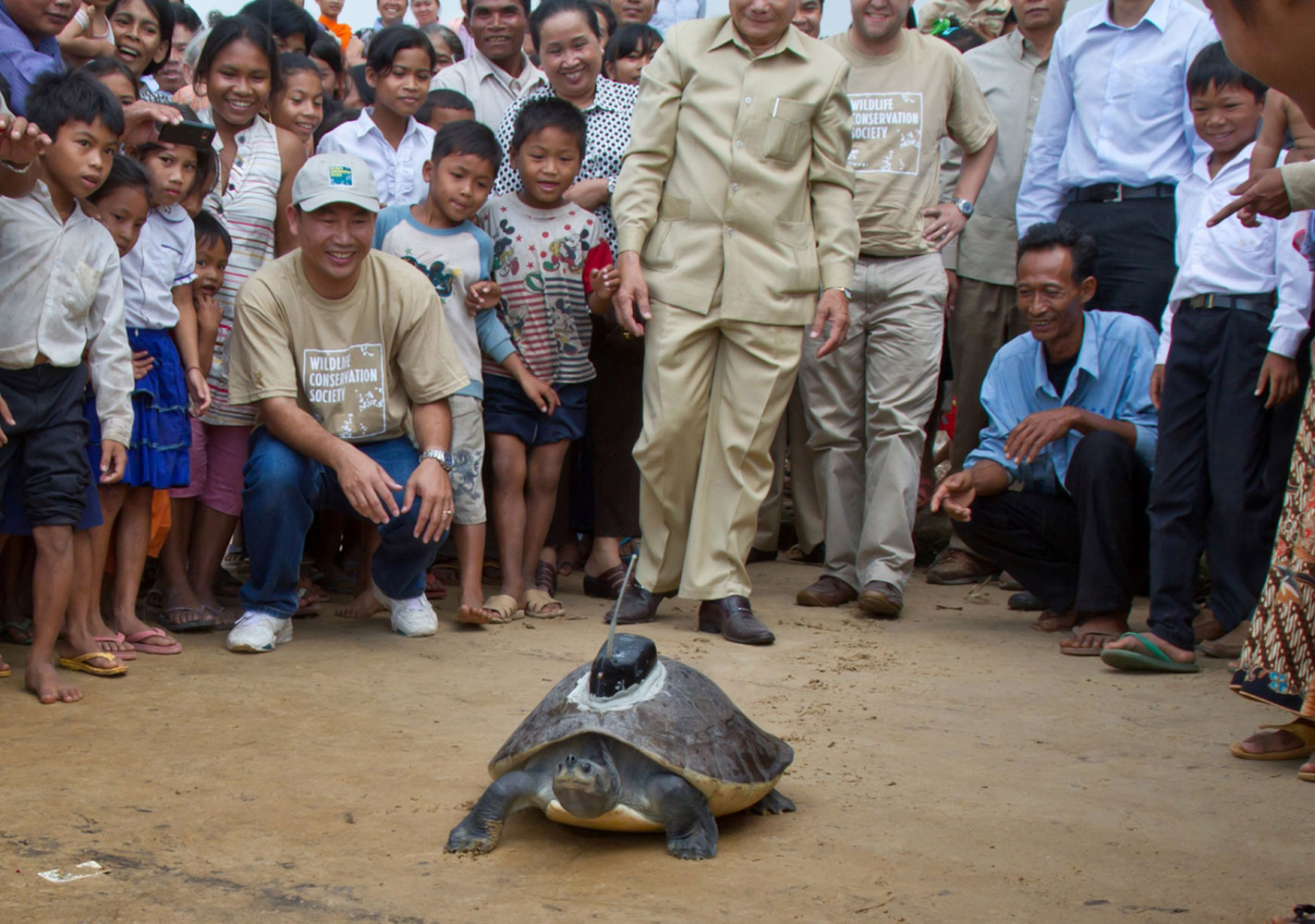 A 75-lb (34-kg) southern river terrapin waddles on sand as it is released near the Sre Ambel river in Cambodia. There are less than 200 of these turtles left in the wild. This one has a transmitter that will allow conservationists to track it.
Eleanor Briggs—AP 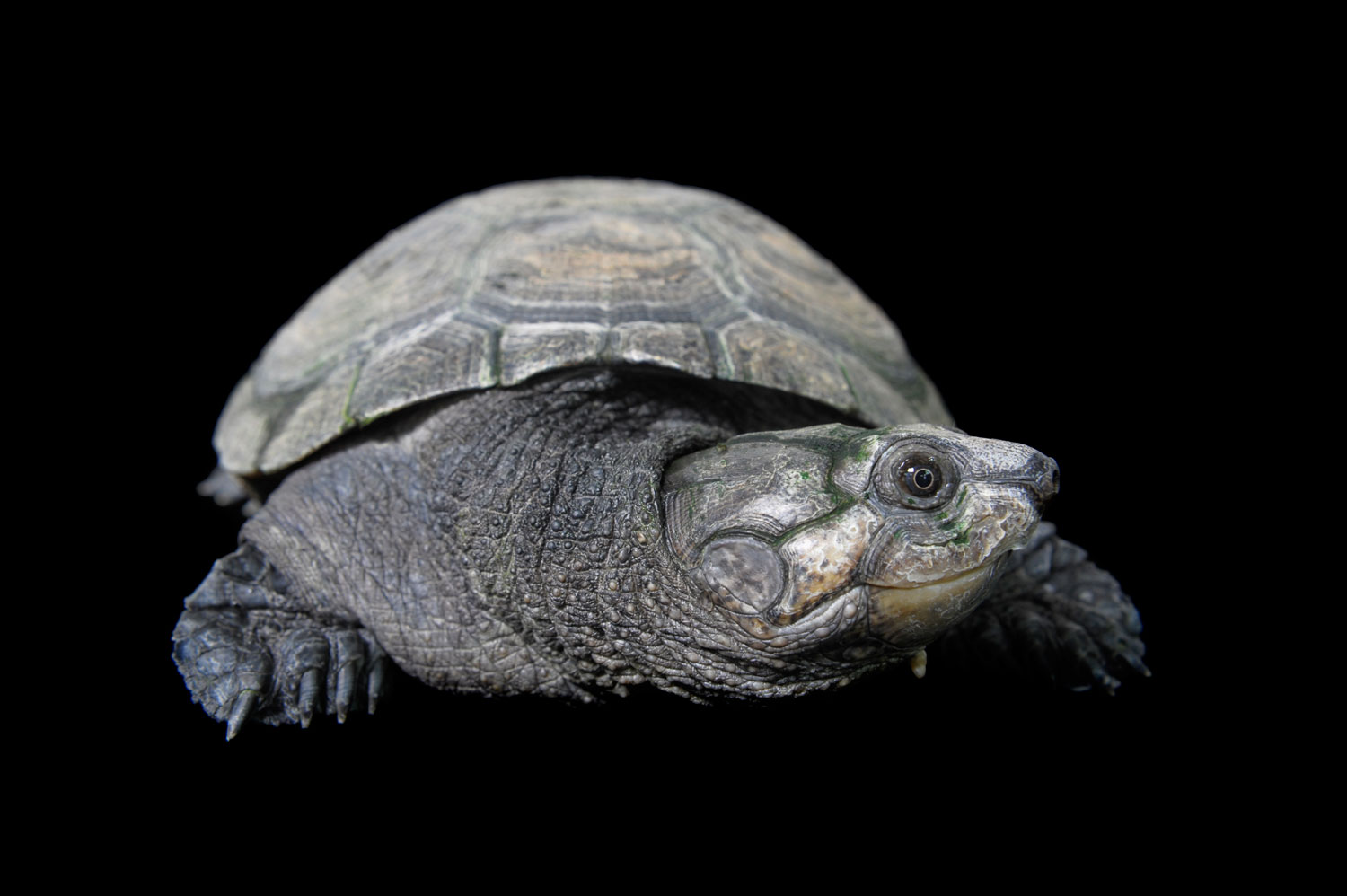 A Madagascar big-headed turtle, Erymnochlys madagascariensis. Madagascar is home to more unique species than any other land mass of its size. But that also puts Madagascar tortoises under greater threat.
Joel Sartore—National Geographic/Getty Images 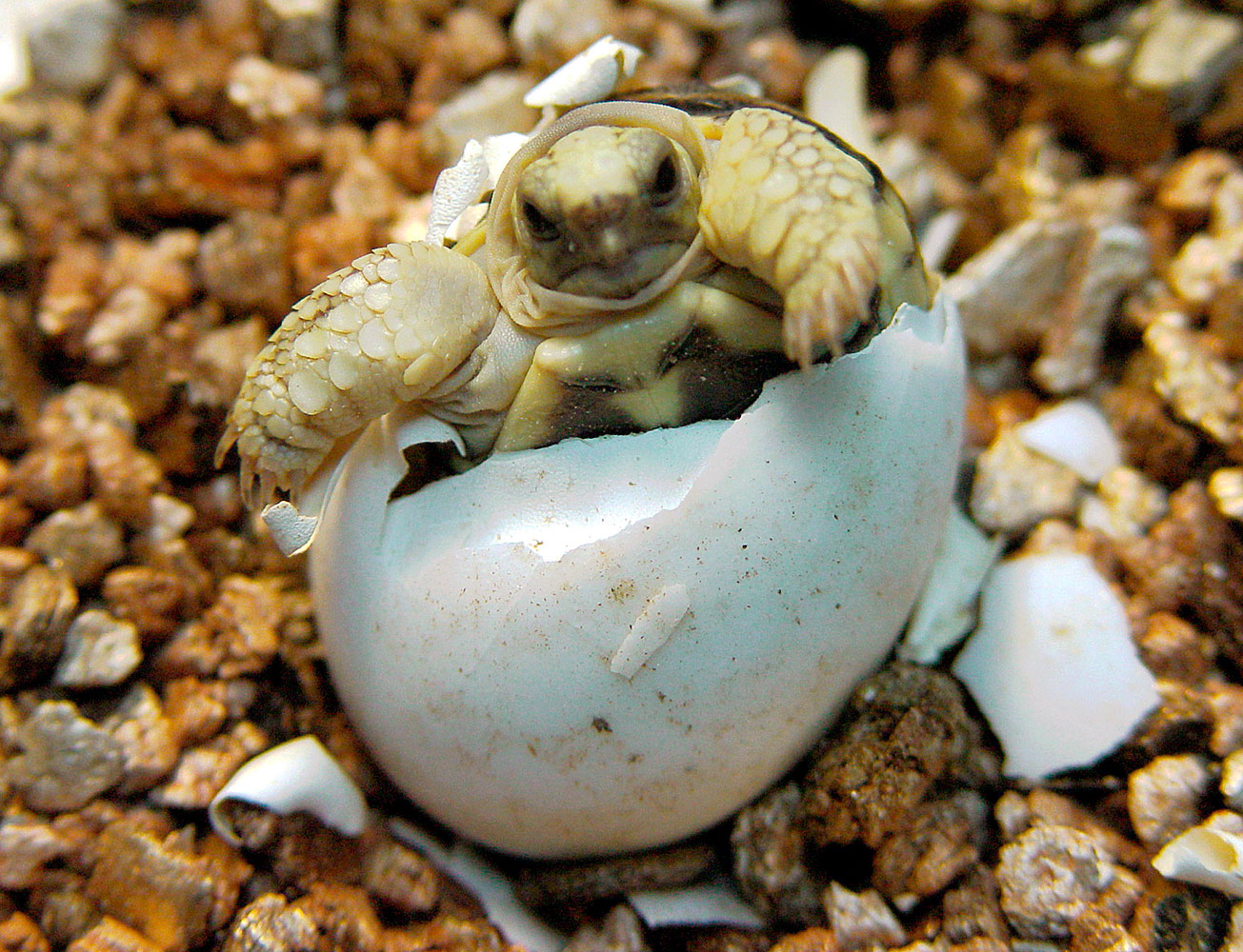 A Burmese Star tortoise climbs out of its shell at the Taipei Zoo. The tortoise is the first of its kind to be born in captivity. Burmese Stars are under heavy pressure from poachers, going for $2,000 on the black market.
Taipei Zoo/Reuters 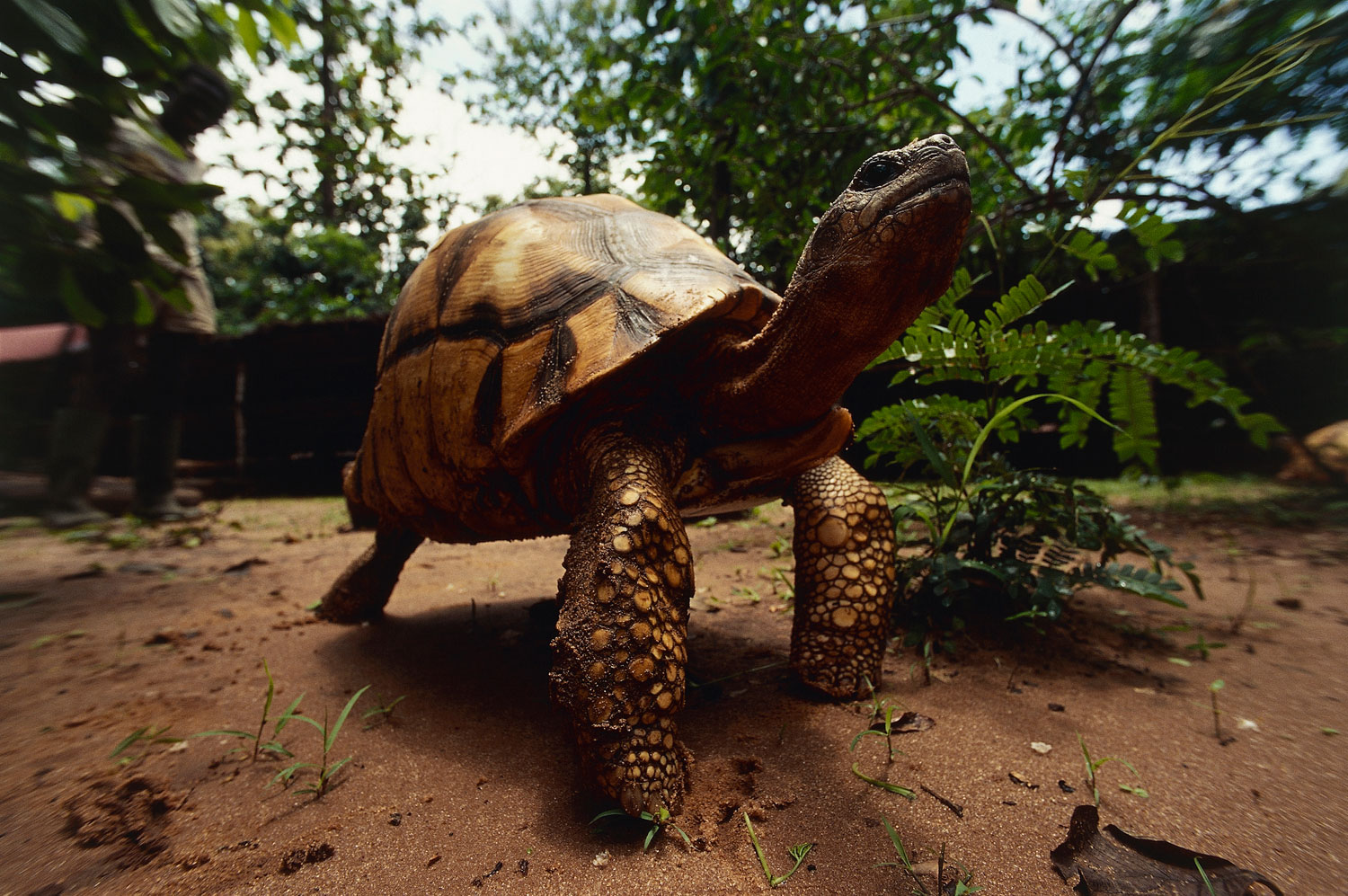 The Plowshare Angonoka tortoise is found in the forests of Madagascar, where it is under heavy pressure from habitat destruction.
Getty Images 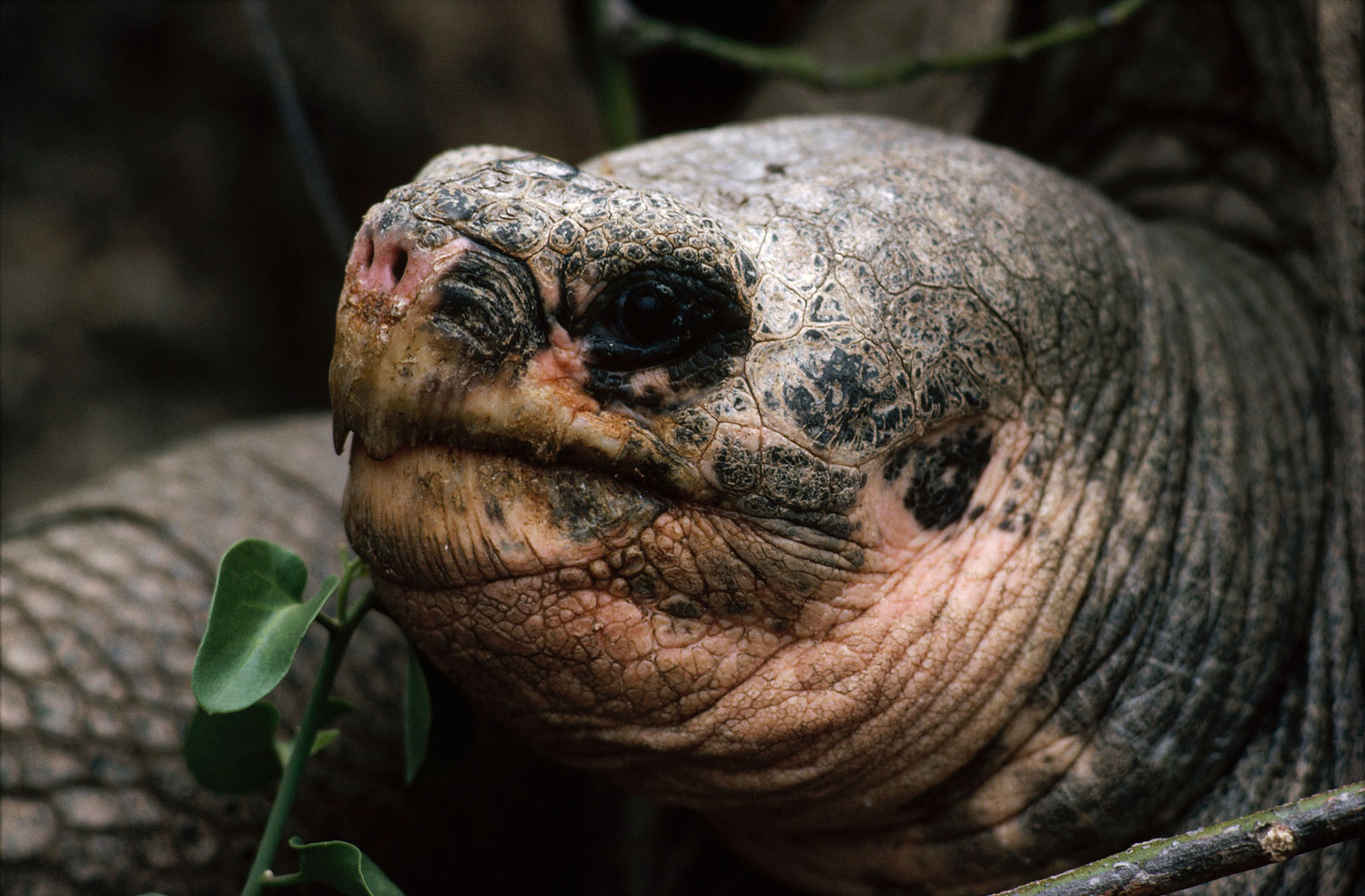 Known as Lonesome George, this Pinta Island Tortoise in the Galapagos was the last known member of his subspecies. Before his death on June 24 last year he was a symbol for conservation efforts.
Tui De Roy—Minden Pictures/Corbis
1 of 12
Advertisement