Blood stains of displaced Palestinians are seen inside the UNRWA school in Beit Hanoun after it had been hit, Gaza Strip, July 24, 2014.
Alessio Romenzi for TIME
By Sam Frizell

Israeli military officials acknowledged Sunday that a mortar shell fried by Israeli troops landed in the courtyard of a UN school in Gaza, but they deny reports the shell killed more than a dozen people when it exploded there Thursday.

Palestinian officials, meanwhile, have claimed the mortar killed 16 people and injured others at the Beit Hanoun school, which had been converted into a shelter for Gazans fleeing ongoing fighting between the Israeli military and Hamas fighters in the Gaza Strip.

“A single errant mortar landed” on the school, Israeli army spokesman Lt. Col. Peter Lerner said Sunday, citing an internal military probe, but he said it was “extremely unlikely that anybody was killed as a result of this mortar,” the Associated Press reports.

Israel first promised to investigate the incident after news reports citing witnesses, including a Reuters photographer on the scene, began to arise Thursday. Israel initially said that militants near the school had opened fire on Israeli troops, and the soldiers responded “in order to eliminate the threat posed to their lives.”

UN Secretary General Ban Ki-moon strongly condemned the attack Thursday, though he said at the time that “circumstances are still unclear.” Ban earlier said that rockets had been found in two separate evacuated UN schools, saying that “those responsible are turning schools into potential military targets.” 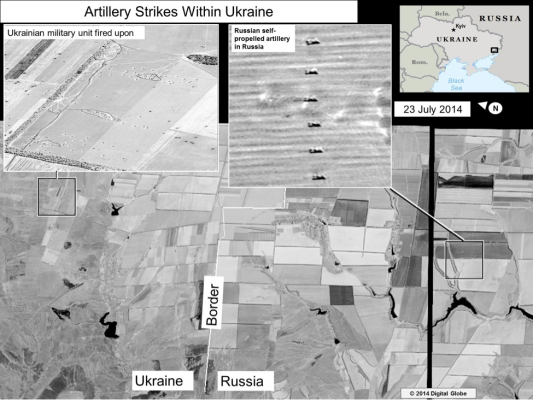