The typical American household was significantly poorer in 2013 than it was ten years earlier as a result of the Great Recession, a new study shows, an effect that is compounded by growing wealth inequality in the United States.

The net worth of the typical American household in 2003 was $87,992, adjusting for inflation. Ten years later, it was just $56,335, a decline of 36 percent, according to a study by the Russell Sage Foundation.

The authors of the study said the reason for the disparity was that affluent households were able to ride the success of the surging stock market after the 2008 crash, while middle class families were severely impacted by the decreasing value of their homes.

Wealth declined for everyone in the aftermath of the Great Recession, but better-off families were able to rebound. Households at the bottom of the wealth distribution, on the other hand, lost the largest share of their wealth.

‘The American economy has experienced rising income and wealth inequality for several decades, and there is little evidence that these trends are likely to reverse in the near term,” wrote the authors of the study. 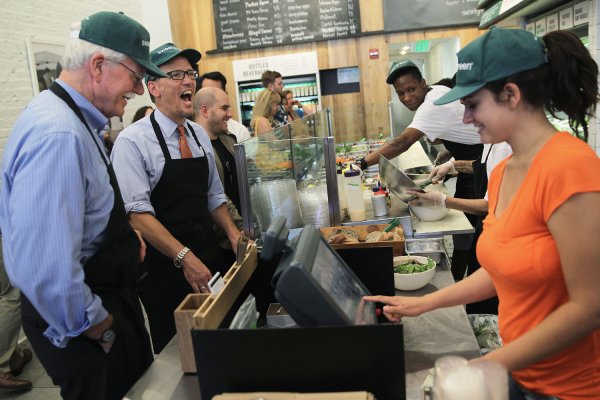