Spider-Man — or at least a man dressed as him — punched a police officer in the face while resisting arrest Saturday at New York City’s Times Square, the latest episode of dressed-up crowd-pleasers acting, well, out of character.

The man, dressed as Spider-Man in a black skintight suit and mask, posed with another man and a woman who offered him $1 in exchange for the photo on Saturday, the New York Times reports. When Spider-Man told the couple the bill was too small, an officer intervened and said she could give whatever amount of money she wanted.

In a video taken by a passerby and posted by the New York Post, Bishop can be seen struggling with the officer and punching him in the face. The officer was treated at New York University Medical Center for a swelling of the eye and a cut.

Characters in Times Square, who are allowed to collect donations but not demand money, have gotten into a number of altercations with tourists in recent months. A different Spider-Man was fined earlier this month for harassing a tourist, and an Elmo known for using anti-Semitic language went to jail for an unrelated offense. 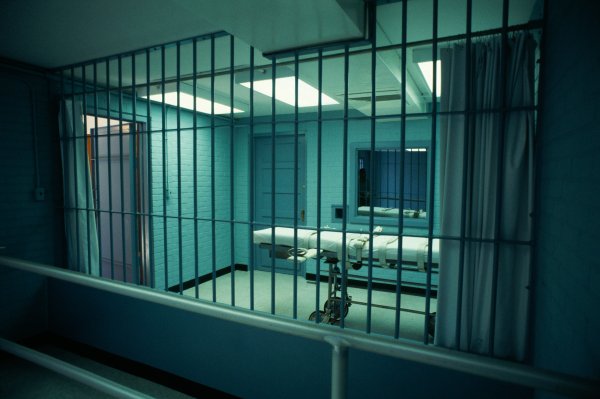 Death Penalty Under Scrutiny After Botches
Next Up: Editor's Pick