Longtime Star Wars fans aren’t the only ones excited to reunite with Luke Skywalker for the upcoming trilogy — even Mark Hamill called reprising his most famous role “an unexpected gift.”

“I already had a beginning, middle and end. I never thought we’d come back,” the 62-year-old actor told BBC News at the U.K. premiere of Guardians of the Galaxy. “I thought even if they did a third trilogy, we wouldn’t be involved, because it is really about the new generation of characters.”

Hamill is joining his original 1977 co-stars Harrison Ford (Han Solo) and Carrie Fisher (Princess Leia) as well as series newcomers, such as Girls‘ Adam Driver and 12 Years a Slave‘s Lupita Nyong’o, for Episode VII in 2015.

“These kids — they are not kids — but they are so talented,” Hamill said. “We are just there to lend our support and grow contractually obligated beards.” 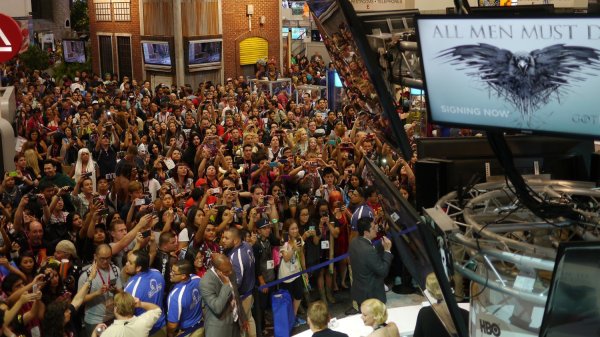 Why the New Game of Thrones Cast Is Keeping the Faith in Westeros
Next Up: Editor's Pick