Today, Danny Nickerson turns six. It’s been a tough year for him, as he was diagnosed with terminal brain cancer last fall and had to stop going to kindergarten, ABC News reports. The Boston area boy told his family that all he wanted for his birthday were cards with his name on them — and it looks like his wish has definitely been granted.

When people around the U.S. — and even around the world — heard about Danny’s story and his one birthday wish, they began to flood his family’s P.O. box. Danny’s mom told ABC News that she received messages from far as Switzerland, Germany, Australia, California, Alaska, Norway and Sweden, all asking how to send Danny a card or package.

The Nickerson family has been posting about the influx of mail on Facebook:

By the time Danny reached his birthday on July 25, he’d received more than 30,000 cards, Boston.com reports. In the meantime, the local post office is preparing for many more. If you want to send Danny a belated birthday card, here’s the address his family provided: 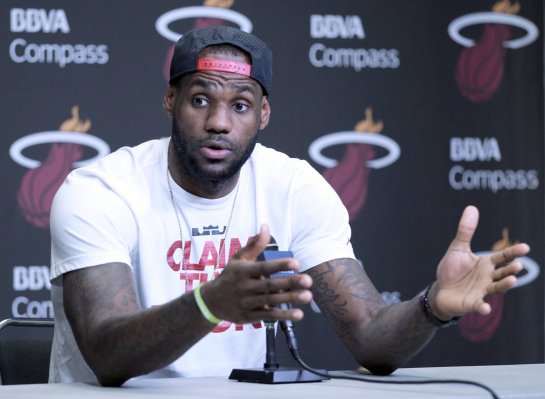 How LeBron James Is Just Like Us
Next Up: Editor's Pick