Sen. John Walsh, D-Mont., speaks during an event in the Capitol Visitor Center on the importance of the Land and Water Conservation Fund, July 23, 2014.
Tom Williams—CQ-Roll Call,Inc.
By Barbara Van Dahlen

Sen. John Walsh (D – Montana) is being accused of plagiarism for failing to properly cite the work of others in the master’s thesis he wrote while at the Army War College in 2007. Indeed, it has been widely reported that as much as a quarter of what the senator wrote—and presented as his own work—may have been the ideas and/or words of other prominent experts on Middle East policy.

When asked about this apparent transgression, Sen. Walsh stated that he believed he had done nothing wrong. He didn’t recall using sources improperly, but he is considering apologizing to scholars he failed to cite. A campaign aide for the senator acknowledged the plagiarism, but indicated that Sen. Walsh did not intend to deceive anyone and that his actions should be viewed in the context of a successful military career during which he was a highly decorated officer who served with distinction in the Montana National Guard. The aide noted that Sen. Walsh was going through a difficult period in 2007. One of the soldiers from his unit in Iraq had committed suicide during this time. The senator has acknowledged that he is being treated for post-traumatic stress disorder. He is currently taking antidepressant medication as part of this treatment.

We can’t know what Sen. Walsh intended when he failed to include citations for ideas that were not his when he wrote his thesis seven years ago. One indication of whether this act represents a flaw in the senator’s character, a lapse in judgment, or a failure to understand academic standards and practices is to look for a similar pattern of behavior—or lack thereof—across his life and career. Those on both sides of the political spectrum will be doing just that as this story unfolds.

Some are asking if there is a relationship between PTSD and plagiarism. There is none—at least not a direct one. There is, however, a clear relationship between the experience of trauma and possible impairment across a number of areas, including cognitive and emotional functioning. The relationship is even stronger if you experience repeated trauma. Imagine driving to work and having a head-on collision on the highway. Miraculously you walk away with no physical injuries, but others around you die. Imagine that this happens to you not once but several times over the course of several months or a year. You begin to have difficulty sleeping, concentrating and focusing. You might feel depressed, you might have flashbacks, and you most certainly will have guilt and possibly shame. Could this experience of repeated trauma affect your judgment or your ability to process information critical to your success in your relationships, at school, or in your career? Absolutely.

Though the consequences – if any – of Sen. Walsh’s actions in 2007 are yet to be determined, it is important that we continue to have conversations and discussions about the very real impact that trauma can have on someone’s long-term functioning. We need these discussions not because we should excuse behavior that is inappropriate, unethical or criminal, but because one in four Americans suffer from diagnosable mental health conditions, along with the trauma that often creates those conditions. Sometimes war causes these injuries, sometimes a natural disaster, or a rape, or an assault. Sometimes it is a bad role of the genetic dice that leads to significant impairment. Isn’t it better to discuss these issues openly and, by doing so, encourage appropriate care and relieve unnecessary suffering?

Perhaps one silver lining resulting from the last 13 years of war—and many tragic stories of those who have struggled upon their return from battle—is that we as a nation are becoming a bit more comfortable with the topic of mental health. Until now, few if any politicians or other public or military officials have been willing to admit they have a mental health issue, let alone suggest it may have clouded their judgment. Perhaps we are more willing to entertain the possibility that the cause of someone’s behavior just might be a bit more complicated than we think. After all, mental health is a part of the human condition. We all experience it, and sometimes the difference between being mentally sharp and healthy or not depends on whether we swerve the wrong way, are born with the wrong DNA or watch a buddy die in combat.

Barbara Van Dahlen, named to the TIME 100 in 2012, is a licensed clinical psychologist and the founder and president of Give an Hour. A notable expert on the psychological impact of war on troops and families, Dr. Van Dahlen has become a thought leader in mobilizing civilian constituencies in support of active duty service members, veterans and their families. 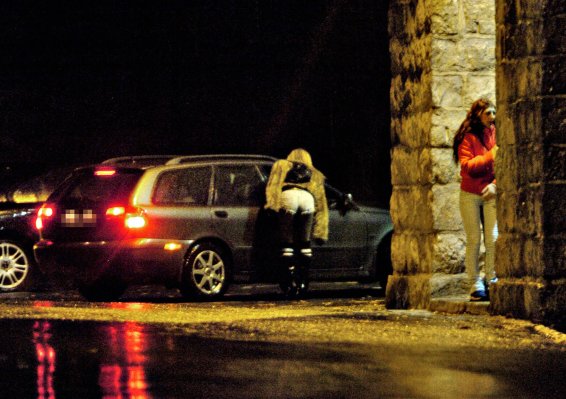 What the Swedish Model Gets Wrong About Prostitution
Next Up: Editor's Pick