Can I call you John? You seem like the sort of fellow who wouldn’t mind taking things casually right from the get-go. I’ll bet you even ask assistants and bellhops who call you “Mr. Cusack” to call you “John” instead. Make ’em feel real comfortable, like you’re a swell guy who they could grab a beer with if you both had the time. Anyhow, that’s not why I’m writing this letter. I’m writing this letter because I just saw the trailer for Hot Tub Time Machine 2, and I’d be lying if I said I weren’t insanely, unnecessarily excited. Four years of waiting, finally almost over.

In case it’s not already apparent from the fact that I’m writing you this letter, I’m something of a fan of yours. Loved High Fidelity. Ditto Grosse Pointe Blank. And you know what else I’m not ashamed to admit? Enjoyed Serendipity far more than I probably had any right to, but I’m not making any apologies. If I’m being honest though, my favorite John Cusack film is probably Hot Tub Time Machine. Is it technically “the best” of your films? Maybe not, but it’s one of those movies that I can’t help but start watching if I catch even a glimpse of it on cable.

A couple years ago, I was in Iceland with friends and we’d stopped in at a pizza shop after a full day on the road. We were going to grab a quick slice and then check in at our inn so we could get some sleepy before another busy day. Then we noticed Hot Tub Time Machine was on the TV in the pizza joint, already about 20 minutes in. We stayed for the entire movie. All of us had seen it before.

The trailer for the sequel looks similarly appealing. Craig Robinson remains awesome. Rob Corddry presumably hasn’t stopped being hilarious. Clark Duke seems mostly the same, which isn’t a bad thing at all. Hell, even Chevy Chase came back for a second ride. Chevy Chase. Sticking. Around. Think about that for a second.

Anyway, as much as I enjoyed the trailer, the fact that you weren’t in it never stopped being at the front of my mind. It’s not that your character was one of the great all-time film characters, but he was the glue of that group — a very enjoyable group, but one that could veer towards excessively zany without a grounding force (that’s you!) to keep them centered. And yes, I do appreciate the irony of worrying about people being too bizarre in a movie about a time-traveling hot tub.

That’s the thing about the first movie though: the premise was so absurd that the movie itself didn’t have to try all that hard to be outrageous (and being set in the 80s didn’t hurt in upping the comedy quotient either). Without you around, the first film’s ideal balance can’t be replicated in the sequel. Perhaps it’ll end up being for the better, but it’s always risky messing with success.

I’m sure you’re busy (especially judging by your IMDb page), and I’m sure there were other factors as well, but if there’s any chance this letter finds you in a generous mood, feel free to fire up that old hot tub time machine, head back a couple years and put yourself in the sequel. I won’t tell anyone we had this chat (butterfly effect, apocalypse, incurring Adam Scott’s wrath, etc.). 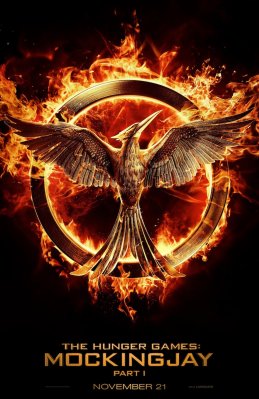 Watch: J-Law Finally Shows Up in a Mockingjay Trailer
Next Up: Editor's Pick