Immigrant Melida Patricio Castro from Honduras shows a birth certificate for her daughter Maria Celeste, 2, to a U.S. Border Patrol agent near the U.S.-Mexico border near Mission, Texas on July 24, 2014.
John Moore—Getty Images
By Denver Nicks

Under the plan youths would be interviewed in Honduras to determine if they qualify for refugee status in the United States, CBS News reports. Administration officials told the New York Times they believed the move could be done by executive action, and without going through Congress, if it did not increase the overall number of refugees to the U.S.

The proposal is reportedly one of a broader group of potential initiatives to address the crisis.

After Speaker John Boehner said that the GOP-controlled House would not allow a vote on comprehensive immigration reform this year, the President announced that he was prepared “to do what Congress refuses to do, and fix as much of our immigration system as we can.”

More than 16,000 unaccompanied Honduran children and 30,000 Hondurans traveling as families have been apprehended attempting to cross into the United States from Mexico illegally since October 1.

Juan Orlando Hernández, the President of Honduras, blames the crisis on a combination of factors, including lack of opportunity inside the country and drug cartels and street gangs enriched by narcotics trafficking who sow havoc through much of the country. Honduras has the highest murder rate of any country in the world. 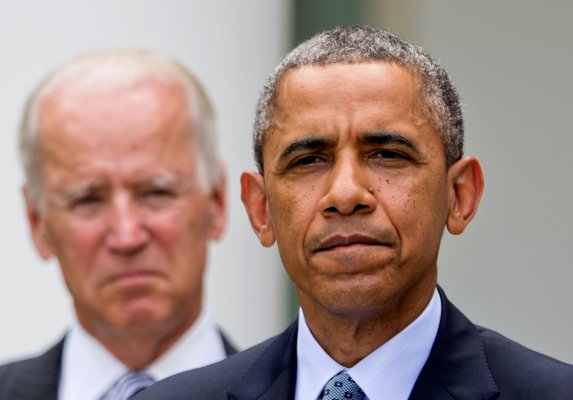