The Islamist militants who now control a large swath of northern Iraq destroyed a centuries-old shrine purported to be the tomb of the Biblical figure Jonah Thursday.

Militants from the group Islamic State in Iraq and Syria (ISIS) rigged the Nabi Younus mosque with explosives and leveled it in front of a large crowd, AFP reports. The shrine was built at the purported burial place of Younis—known in the Bible as Jonah—and once displayed a tooth believers held to be that of the whale in which Jonah survived for a time.

The Sunni militant group ISIS, who subscribe to an austere form of Islam based on a strict interpretation of Shariah law, has declared a caliphate in northern Iraq after overrunning much of the country in recent weeks. The group has razed or damaged 30 shrines and 15 additional sites in and around Mosul, an anonymous official told AFP.

“But the worst destruction was of Nabi Yunus, which has been turned to dust,” he said.

The Nabi Younus mosque was erected atop the ruins of an old Christian church, which itself was built at the site of an ancient palace once located near the town of Nineva, located just across the Tigris River from Mosul. 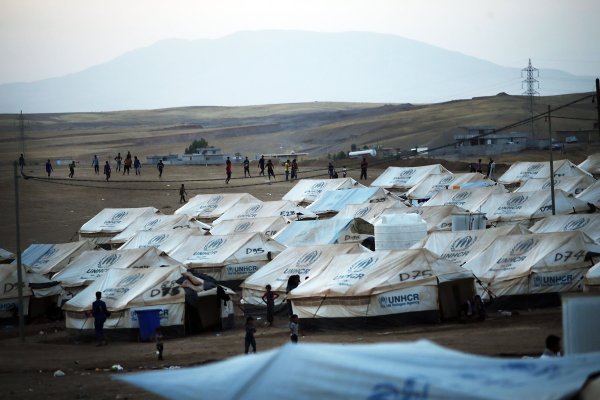