French soldiers stand by the wreckage of the Air Algerie flight AH5017 which crashed in Mali's Gossi region, west of Gao, on July 24, 2014.
AFP/Getty Images
By Eliana Dockterman

President François Hollande of France confirmed Friday that there were no survivors from Flight AH5017 that crashed carrying 116 people from Burkina Faso to Algiers. The wreckage of the plane was found Thursday in Mali, according to officials.

Both of the plane’s black boxes have been recovered and as yet, the cause of the crash remains unknown.

The Air Algerie commercial plane lost contact with controllers early Thursday an hour after it took off, as it headed into a rainstorm. The wreckage was found near the border of Burkina Faso, a presidential aide for Burkina Faso told the Associated Press.

“They found human remains and the wreckage of the plane totally burnt and scattered,” he said.

France’s Interior Minister, Bernard Cazeneuve, told RTL radio that the aircraft most likely crashed because of the storm, though he added that terrorist groups are operational in the area where the plane was found.

Nearly half of the people on the flight were French. The passengers aboard included 51 French, 27 Burkina Faso nationals, eight Lebanese, six Algerians, five Canadians, four Germans, two Luxembourg nationals, one Swiss, one Belgian, one Egyptian, one Ukrainian, one Nigerian, one Cameroonian and one Malian, officials said. “If this catastrophe is confirmed, it would be a major tragedy that hits our entire nation, and many others,” French Foreign Minister Laurent Fabius told reporters. French officials do not believe that extremists in Mali have the weaponry necessary to have shot down the plane at cruising altitude.

This is the latest in several major flight disasters in the last week: a Malaysian Airlines flight was shot down last Thursday while flying over a tumultuous section of Ukraine, and a Taiwanese jet crashed during a storm Wednesday killing 48 people. Travelers have become increasingly nervous about flying as U.S. and European airlines have been selectively canceling flights to Israel after a rocket landed near the airport in Tel Aviv. Meanwhile, a Malaysian airline flight carrying 239 people that disappeared in March has yet to be found. 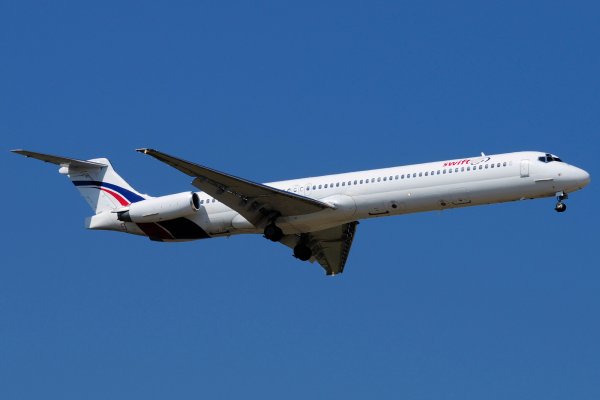 'No Trace' of Algerian Jet
Next Up: Editor's Pick