When a clearly neglected Shih Tzu was dropped off at a Long Island animal shelter, rescuers were shocked. More than 25% of his body was covered in thick, matted fur — which inspired his new name: Ziggy.

“I’ve only seen one worse in my 30 year career,” says Roy Gross, chief of the Suffolk County SPCA. “Even the fleas could get through the fur, that’s how bad it was.”

The 5 or 6-year-old pup could barely walk, and it took rescuers 3.5 hours to shave 4 pounds of hair from the now 11 pound dog. The change is jaw dropping:

“He will be up for adoption, but not now,” Gross says. “He has a long road to recovery.”

Ziggy will have to undergo extensive physical therapy to retrain his walking muscle memory.

“There’s also a criminal investigation, and the dog could serve as evidence,” Gross says. “This is another horrible case of animal cruelty.”

A $2,000 reward is being offered to anyone who provides information about the dog’s owner if it leads to arrest and conviction. Call the Suffolk County SPCA at (631) 382-7722. 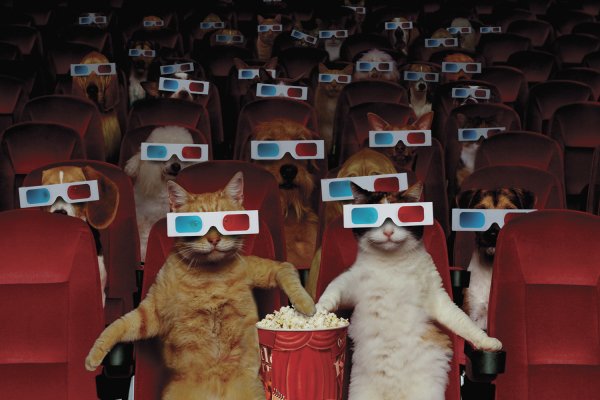 The Purrfect Supercut of Cats in Movies
Next Up: Editor's Pick