After training ourselves for so long to avoid bacteria — they’re responsible for serious illnesses, some of which can be life-threatening — it may be time to re-think microbes. Or at least think more broadly about them. We live in concert with millions of bacteria — on our skin and in our mouths, noses guts and reproductive tracts — and these bugs are essential to helping us digest food and keep some of their more unhealthy bretheren at bay.

But do we need to help these invisible populations along by taking probiotics, concoctions of live microorganisms in things like yogurt or increasingly in supplements, that mimic those living in the body? Recent studies link probiotics and healthy bacteria to improving a wide range of health issues, from allergies to obesity. But manipulating the microbiome, as this universe is known, is still based on a very preliminary understanding of what these bugs do and how changing their communities can affect human health. There is a lot, experts say, that we don’t know. Here’s the latest on whether we should be considering probiotics and if so, when and how to take them.

How do I know if I need probiotics?

You probably don’t. Bacterial populations can’t be measured like cells in blood tests, and what’s more important, there’s little solid evidence yet about whether there is a “normal” healthy microbiome. That also means that it’s not clear whether changes in these communities can actually cause disease, or that “fixing” these differences can treat disease symptoms.

The exception may be some severe digestive and gastrointestinal problems, for which doctors may recommend probiotics. Some doctors are using probiotics to combat diarrhea associated with antibiotic use among kids, for example. But these conditions affect only a small percent of the population and don’t involve regular and constant doses of probiotics.

Do we need to be taking probiotic supplements?

No. The supplement industry may suggest that probiotics taken regularly in pill form can be helpful for almost everyone, but there isn’t much science to support that idea, at least not yet. “The supplement industry will often take early science and run with it,” says Gail Cresci of the department of gastroenterology and hepatology at the Cleveland Clinic. She also notes that since supplements are not regulated in the strict way drugs are, consumers won’t know which strains they’re getting when the pick up probiotic supplements, and they also won’t know if those strains are right for treating whatever it is that ails them.

Each of us is home to about 8,000 strains of bacteria, and very few of these have been studied enough to know that they can provide a definite health benefit if we boost their numbers. That’s largely because the microbiome is constantly changing, and even if one strain helps address a child’s diarrhea after taking antibiotics, it may not have the same effect in adults. Our microbiomes change with age, our diet and other factors. “The general, average Joe, does not need to be taking any [probiotic] supplements,” says Cresci. “By taking a supplement, you do not know if the strains included will help you or not. You’re wasting your money.”

According to Cresci, the definition for a probiotic is very stringent. While there’s plenty of different bacteria out there, to be considered a probiotic, the bacteria has to be able to survive the environment in the intestines, colon, and provide some sort of benefit for the host. The average yogurt bacteria doesn’t meet these standards, and even if companies toss in another strain, there is still no telling whether it will provide you with any benefit at all. That’s why Dannon, makers of Activia and DanActive, agreed to remove claims that its probiotic products relieved irregularity and could lower the chances of catching a cold or flu when the Federal Trade Commission considered the marketing as false advertising. (There are plenty of other healthy reasons to eat yogurt, such as for the protein and calcium; just don’t expect it to make you regular.)

So, what are probiotics good for?

So far, evidence suggests that probiotics, in addition to other treatments, might be helpful for restoring the balance of microbial communities in digestive tract conditions like inflammatory bowel diseases, which include disorders like Crohn’s. And it may help with constipation, and for preventing diarrhea–especially caused by antibiotics. They are also being studied for treatment for skin infections, allergies, blood pressure, and immune system disorders. But all of these potential uses are still being investigated.

What should I do for good gut health?

If you want to stay regular and maintain a healthy digestive system, says Cresci, “Keep a healthy diet and maintain the good bacteria community already in your gut. Taking a random supplement is just a drop in the ocean.”

We may one day turn to probiotics to help with a number of conditions, but the time, say experts isn’t now. 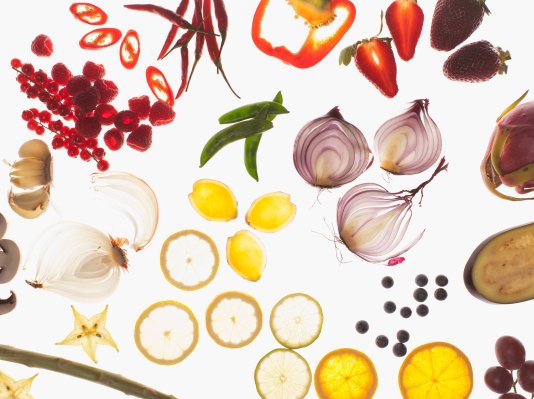